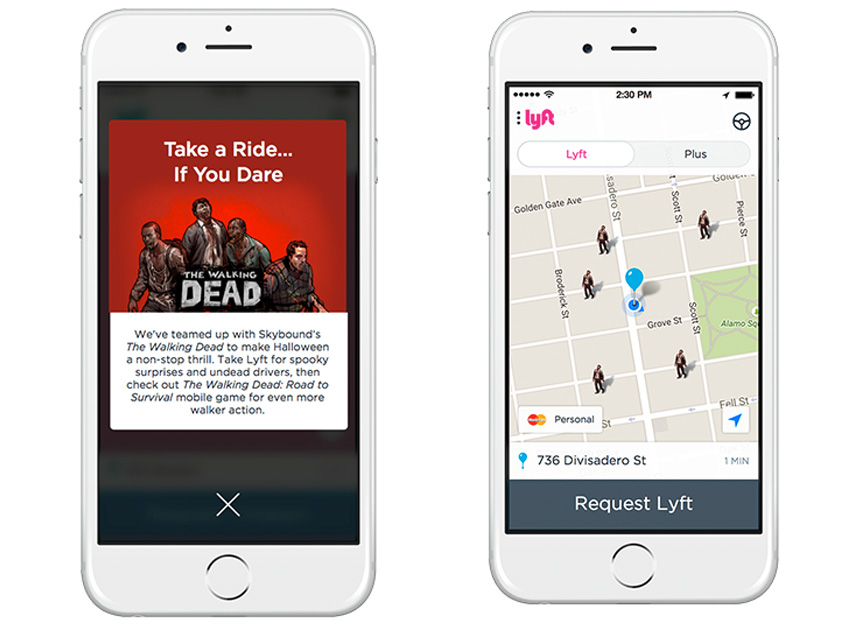 We could be cynical about Uber and Lyft’s promotional efforts this week, but we have to give props to the rideshare behemoths—they are pretty cool.

Uber took part in National Cat Day with their second annual #UberKittens effort, which delivered baby cats to offices and homes. It was part of an effort to encourage cat adoption, with Uber drivers delivering the felines for 15 minutes (and a $30 cuddle fee that benefited local shelters). Cat lovers from L.A. to NYC took part in #UberKittens (and of course tweeted about it).

Lyft, on the other hand, is going with a darker theme this week and using Halloween to drum up some PR. The app teamed up with Skybound, which publishes The Walking Dead comic books, to unleash zombies in select cities (as if urban living isn’t frightening enough). Here in L.A., some drivers will be decked out like the undead on Halloween and may show up at your curb should you request a ride. If you find yourself in NYC or San Francisco tomorrow, you can take it a step further and order zombies delivered to you—which you can then use to scare the crap out of co-workers or friends—via Lyft. We’re mostly happy that’s feature isn’t making it to our fair city; the L.A.-set Fear the Walking Dead has scarred us enough.