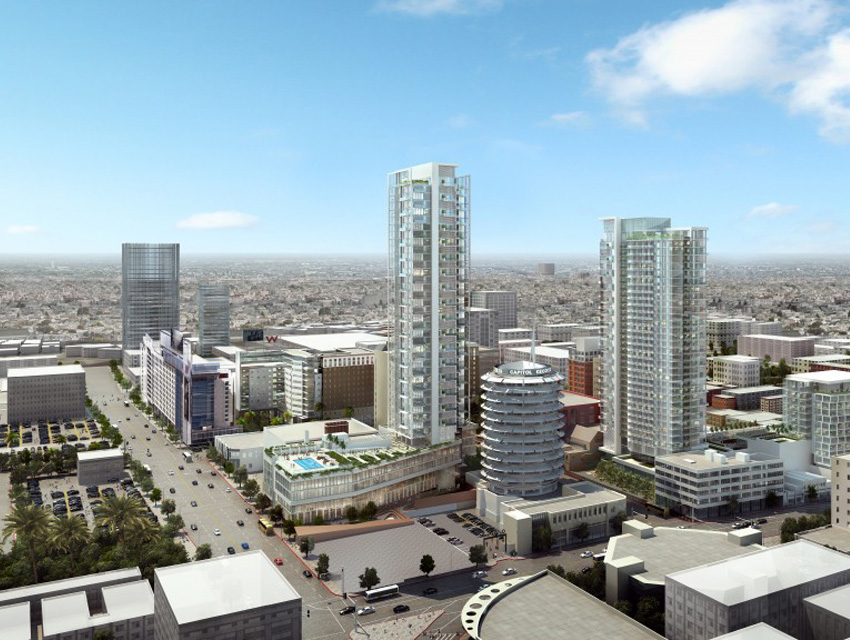 With his ruling, Judge James Chalfant has stopped plans—at least for now—to build two mix-use towers near the Capitol Records building. It’s a win for local neighborhood groups who’ve fought the Millennium Hollywood plan vociferously, and a loss for the project’s developer and city officials who hope to turn the barren parcel of parking lots into a bustling, transit-accessible hub.

Surprisingly, claims by the Beachwood Canyon Neighborhood Association that the towers would be too close to an earthquake fault were mostly dismissed; the judge instead halted the project because he felt the city-led traffic studies did not adequately address concerns raised by Caltrans that the towers would lead to backups on the on- and off-ramps of the nearby 101 freeway. The transportation agency believed the towers as planned could snarl traffic so severely that cars would block intersections around Hollywood Boulevard.

“The city was not entitled to disagree with Caltrans,” said the judge said, according to the L.A. Times.

The developer will now consider putting together a new environmental report that could assuage Caltrans’ concerns, a process that will take years.

Silverstein is the lawyer of choice for locals fighting a densified Hollywood. He’s helped secure rulings that stopped construction on a half-built Target—now an empty husk on Sunset Boulevard—and removed residents from a tower that went up on the site of the former Spaghetti Factory building.

The Fault in Our Skyscrapers