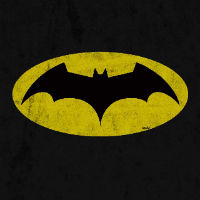 Don’t be modest. Even though you leave your cape and spandex uniform at home, we know that you do battle twice or more a day on the highway and emerge victorious (or at least, without having to call your insurance company). These soundtracks were originally written for superheroes of the cinema, but we think they will work ever better as a score for you, the superhero of commuting:

When merging onto the 10 during rush hour, pretend you’re behind the wheel of the Batmobile.

By hour two of your drive to work, your X-Man power is extraordinary patience.

Channel Iron Man, the Black Widow, and the Hulk to smash (metaphorically) through walls of traffic.

Sometimes slugging through traffic is the equivalent to clashing with an intergalactic villain. Just tell yourself: it’s hammer time.