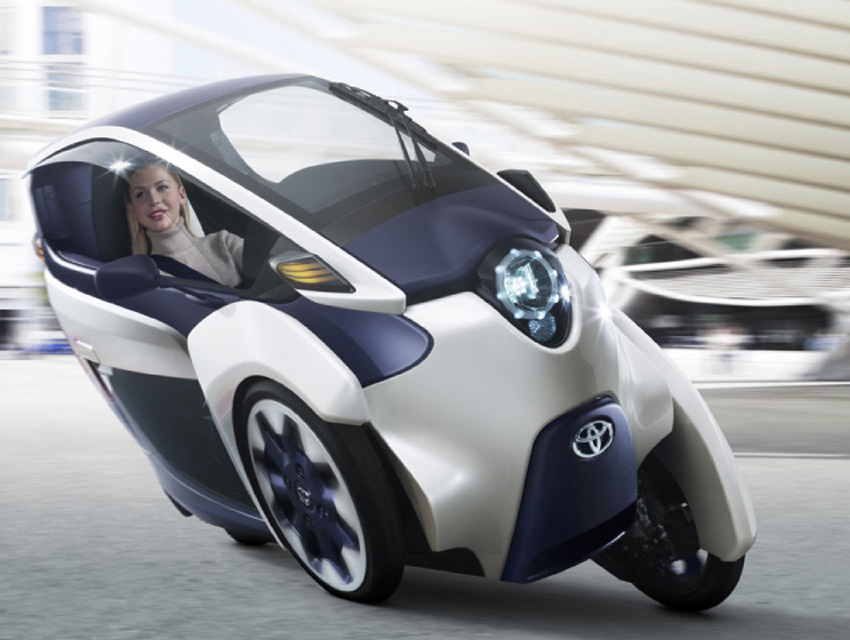 Toyota struck green gold with their Priuses (what would eco-conscious industry folk drive without them?) and they may do it again. The car company is launching three-wheeled i-Road vehicles, specifically employing them as tiny vehicles in a revolutionary car-share system, Gizmodo reports.

A new pilot program in Grenoble, France has the i-Roads function like a bike-share; folks head to a kiosk station, or reserve ahead of time with an app, pay a pretty reasonable fee and drop it off at any of the other 29 stations in the city.

The electric vehicles charge up at the kiosks and when you plug them in upon return, the price is calculated and billed to your credit card. Looking like enclosed, colorful motorcycles, the i-Roads hold two people (probably comfortably if you’ve been keeping up your Pilates).

No word on whether Toyota will expand to the U.S., but it seems inevitable. Aside from the i-Roads, Toyota went even smaller a few years back with their i-Reals, an even smaller concept that functioned as a wheelchair that could reach speeds of nearly 20 miles per hour. Sadly, these didn’t really take off, but they seem to have become a first draft of the i-Roads. Stay tuned.

Toyota’s Scion Era Is Over