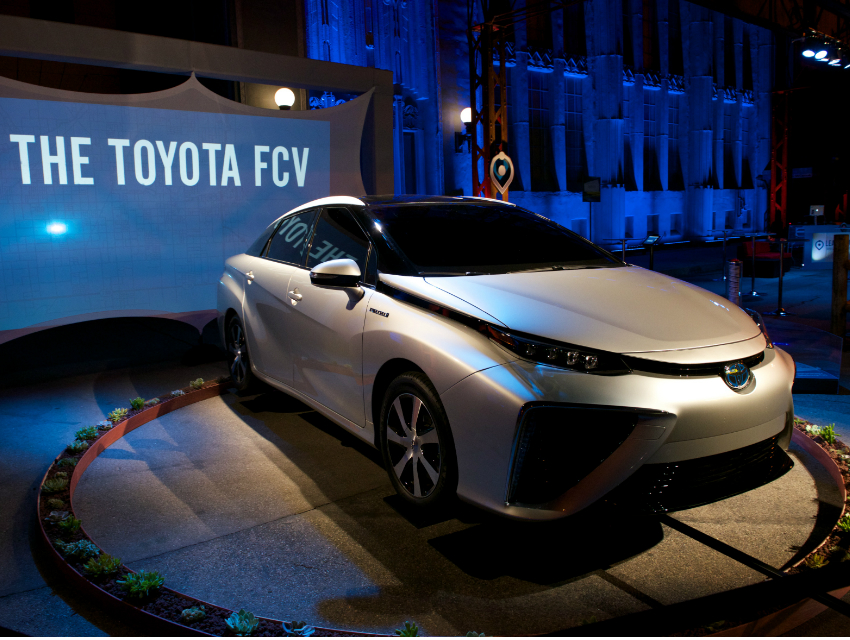 The green carpet was rolled out on Saturday at Warner Bros. for the 24th Environmental Media Awards, honoring thoughtful depictions of our planet in TV and film (fare as diverse as Rio 2 and House of Lies picked up nominations). The producers of Showtime’s nine-part climate change documentary, The Years of Living Dangerously, were given a special nod for their ambitious series. Eco-minded stars like Ed Begley, Jr. and Wendie Malick made an appearance, as did one-time Hummer enthusiast Arnold Schwarzenegger (the former governor was one of the producers of the Showtime miniseries, as well as James Cameron, Jerry Weintraub, and others).

Toyota and Lexus are the main sponsors for the EMAs and they wouldn’t let the opportunity pass without plugging some of their new electric and hydrogen vehicles (get it?). Toyota is especially proud of their FCV, a car that’s only emission is pure water vapor. This game-changer goes on sale next summer and though it’s hard to nail down a price on the FCV, Toyota’s website says running the car will be comparable to a gas-running vehicle, price-wise. The car company is also working on increasing hydrogen fueling stations throughout the state, though there already some in Los Angeles, including at a Shell in West L.A.