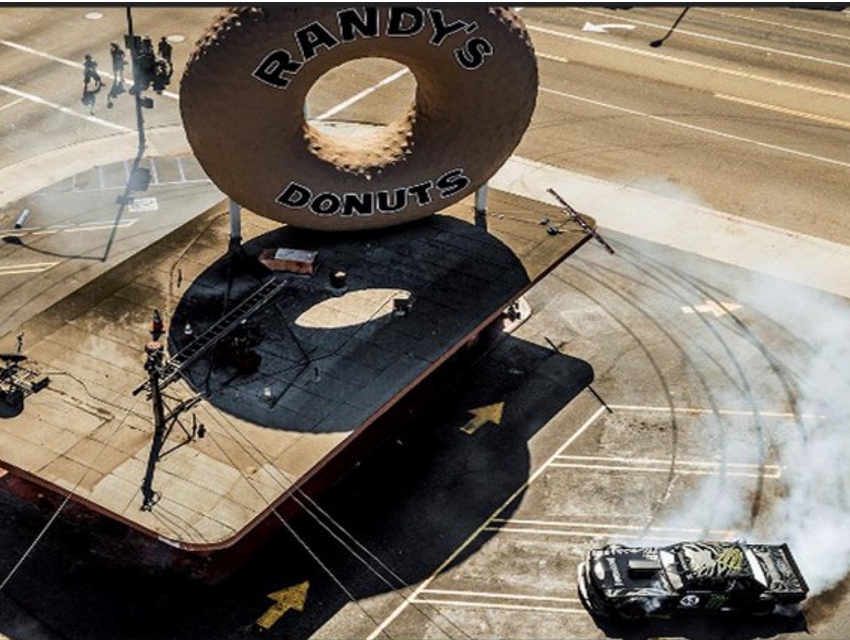 Bullitt, The French Connection, Nightcrawler. They all contain amazing urban racing, but they’ve got nothing on a new video currently working its way to viral (over 10 million views as of mid-November!). Long Beach-born professional driver Ken Block is behind the wheel in the clip, called Gymkhana 7: Wild In the Streets of Los Angeles. For 12 minutes, Block races through the streets of L.A. in a ’65 Mustang, zipping and twisting and spinning around landmarks like the L.A. River, Chinatown’s pedestrian plaza (cleared of people), and the First Street Bridge. Block even does donuts around Randy’s, coming perilously close to the iconic sweets stand. There’s also an obligatory nod to O.J. Simpson’s infamous 405 ride.

Almost as incredible as the driving is the cinematography. The LAPD helped clear the streets, but even so, director Ben Conrad’s work is staggering. Watch below and try not to be thrilled about the place we call home.