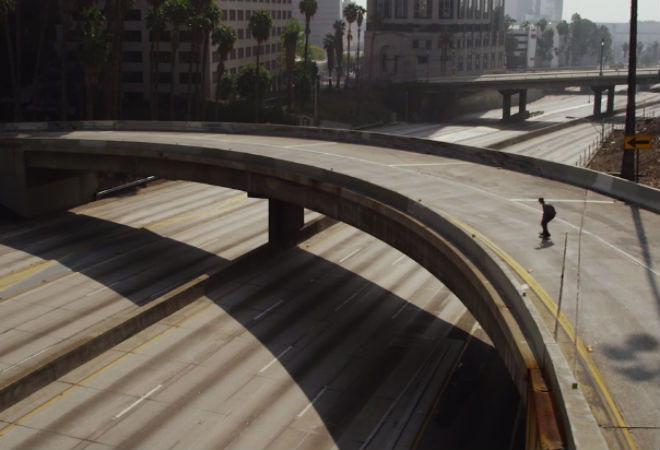 Try to imagine Los Angeles freeways with no cars. It’s kind of a beautiful idea, isn’t it? We could get a better view of the city’s breathtaking skylines, or bike to work without worrying about getting mauled by a bus. Filmmaker Russell Houghten thinks empty L.A. roads would make a perfect skate park, which he demonstrates in his short film, Urban Isolation.

The video is less than four minutes long, but covers a lot of recognizable ground, including the infamously congested stack interchange where the 101 and 110 meet outside of DTLA. Getting a glimpse of the ghost town freeways—tumbleweeds included—is a little lonely, but Houghten shared in a behind-the-scenes video that there were actually cars driving around the skaters the entire time they were filming. The vehicles were then removed during post-production. We wish we could try that trick in real life!

Check out the full video below: