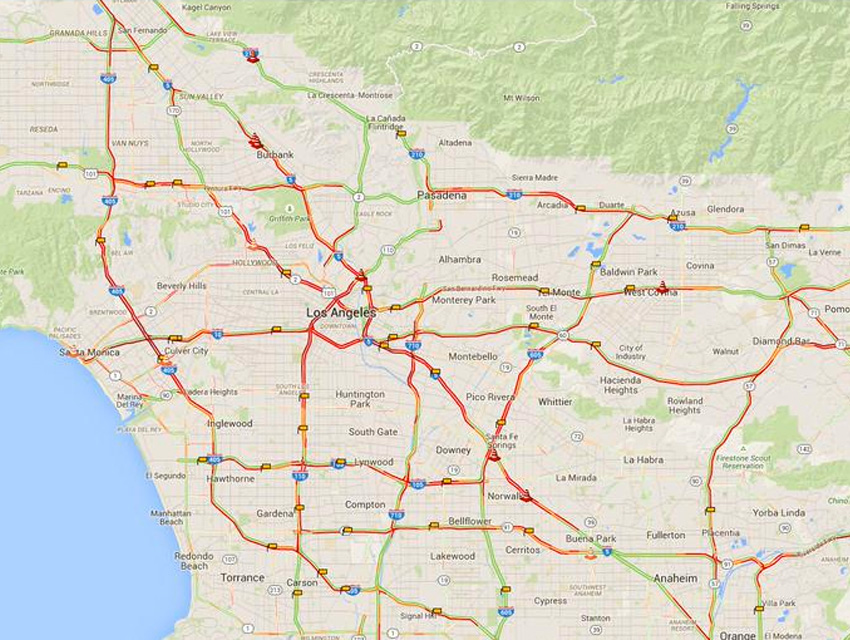 Friday rush hour traffic is a hellscape of epic proportions — but rush hour traffic on the Friday before Memorial Day? Even worse. Here are some tweets—most useful are the Caltrans and Waze Unusual Traffic LA feeds—to clue you in to the battleground outside (even the trains are congested!):

Live image on Sunset Blvd. Thanks to @waze user DomiNiqueMariePetrarca for the pic! pic.twitter.com/FhzCfyHfHE — Unusual Traffic LA (@WazeTrafficLA) May 22, 2015