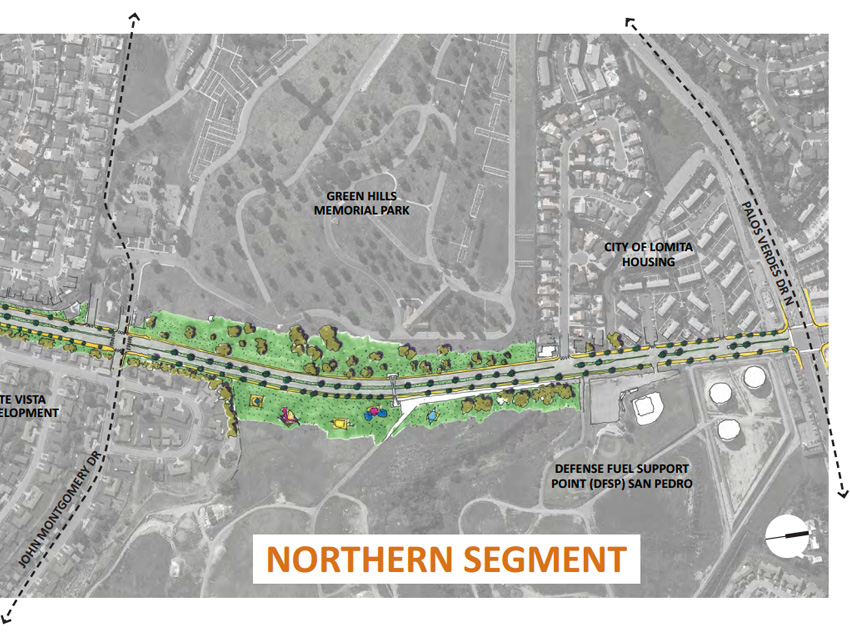 There are some beautiful roads in and around Los Angeles—Montana Avenue, Sixth Street, Doheny Drive—but Western Avenue is not one of them.

The good thing is that officials from L.A. and Rancho Palos Verdes are aware of the aesthetic issues and are taking preliminary steps to address them. A community meeting was held Saturday, reports the Daily Breeze, where locals were shown ideas for upgrading a 2.3 mile section of Western Avenue that cuts through RPV and the L.A. neighborhood of San Pedro.

Instead of operating like a freeway, planners hope to widen sidewalks and add a bike lane. It’s part of that whole “Complete Streets” idea that Mayor Garcetti is so found of. Traffic-concerned South Bayers are known to grumble at additions like bike lanes, but planners say medians and traffic lanes can be reduced instead of removed to make way for them.

The Western Avenue Corridor Vision Plan, as it’s being called, could also add landscaping and trees, as well as unify signage between the two municipalities.

Aside from street concerns, Rancho Palos Verdes community development director Joel Rojas stated the hope that the area’s shopping centers can be redesigned—when new owners come in or renovation plans arise—so entrances face Western Avenue, and not massive parking lots. Look for a final take on the vision plan to get hammered out next year.

Where to Find K-Town’s Hippest Boutiques