Home Crime The Dumbest Thing to Do Near a Freeway 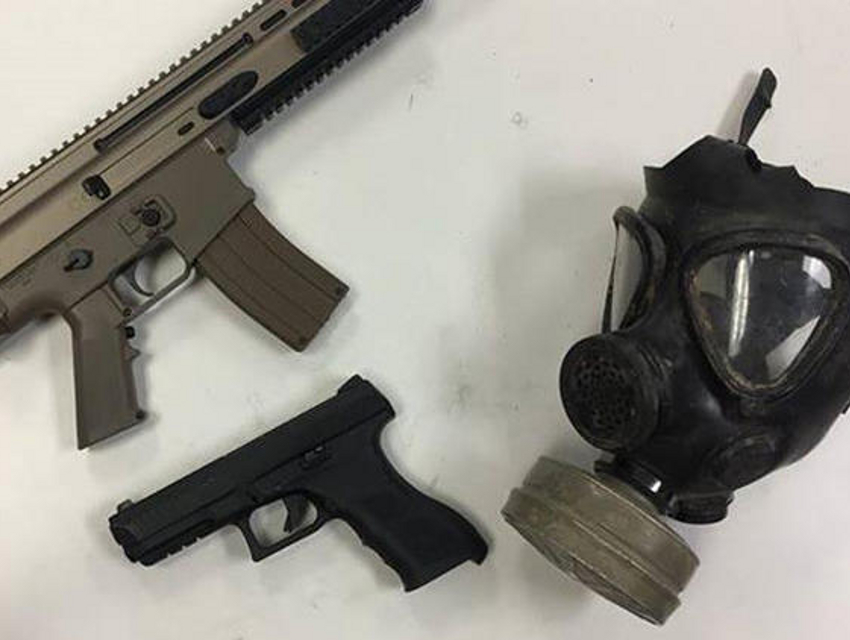 Drivers on the 101 in Agoura Hills came upon a frightening sight on Sunday: two men stood above the freeway on the Chesebro Road Overpass, one in military fatigues, one wearing a gas mask, and both holding (replica) weapons, including an assault rifle and handgun.

Not surprisingly, several motorists called 911 in a panic. Police soon arrived via helicopter and told the men to surrender, which they did. The cops also shut down the 101 in both directions for 10 minutes, causing a temporary traffic calamity. The young dudes said they meant no harm; they were simply filming a movie for a school project at Moorpark College.

The guys—Taylor Hubenthal, 19, and Chase McIntyre, 20—handed over their stuff and were promptly arrested. The film students now face misdemeanor charges that include brandishing a replica weapon and causing a false emergency, the L.A. Times reports. Sadly, guys, we don’t see an Oscar in your future.