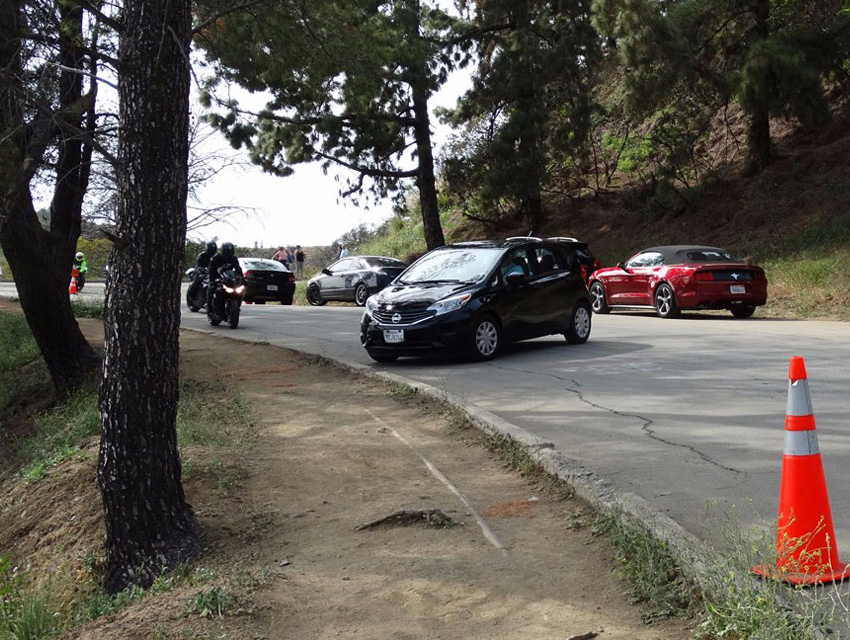 Griffith Park often gets knocked for being closed-off, but a new solution to make it more accessible is leaving many scratching their heads.

This month, the Recreation and Parks Department opened up a 1.1-mile stretch of Mt. Hollywood Drive, close to the observatory, to cars—that’s after banning them two decades ago. The department’s reasoning: other hillside roads are being inundated with cars of tourists who now have GPS devices directing them to views of the Hollywood sign and the city skyline. The only people seemingly pleased with their plan—proposed as a one-month trial run—are residents of Beachwood Canyon, which has seen a reduction in traffic since Mt. Hollywood Drive opened up.

The cars are already creating safety issues, the L.A. Times reports, as hikers, cyclists, walkers, and drivers vie for space on narrow, windy roads. Aside from the inherent danger, encouraging more cars in one of the places that’s supposed to be mostly free of them defies logic.

At least City Councilman Tom LaBonge sees that; he doesn’t like the road opening up to cars and would prefer more restricted parking and shuttles from the Red Line to take tourists and others up the hills. Suggestion: promote the heck out of the free shuttles to Griffith Park since almost no one even is aware they exist.