Home Urban Development The Bouncing Budget of the Downtown Streetcar 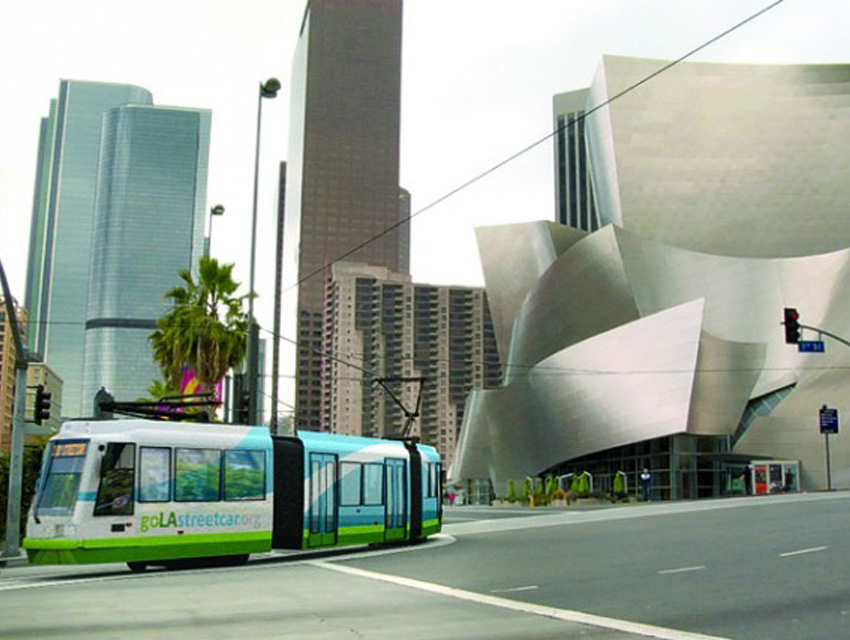 For years, DTLA councilman Jose Huizar has dreamed of bringing streetcar service back to the city center but he’s been hampered by a price tag that has often ballooned.

The latest price estimate, discussed Tuesday at a council transportation committee meeting, placed the 3.8-mile loop from South Park to Bunker Hill at $281.6 million, according to the Downtown News. That’s more than the estimated cost of $250 million that surfaced in October, but it’s less than a worst-case estimate of $327.8 million that the city came up with two years ago. All these prices are far more than the original $125 million, which is what DTLA voters were told when they approved a special tax to partially pay for the project a few years ago.

With the current cost, the streetcar is now facing a budget shortfall of $144 million. Huizar believes a public-private partnership (the Verizon Tram!) could cover the difference. Federal funds could also plug the hole, but a potential $75 million Small Starts grant would only be available if the project was budgeted south of $250 million. Officials will likely work hard to keep the streetcar at that price or below.

Some have questioned the need for a streetcar in transit-rich DTLA, which has DASH buses, Metro buses, commuter buses, two subway lines, and three light rail lines. Others say the project would do wonders for development, tourism, and make trips from Staples Center to Disney Hall eminently easier.