Home Transportation The Price Tag of the 405 Widening Just Jumped to $1.3 Billion 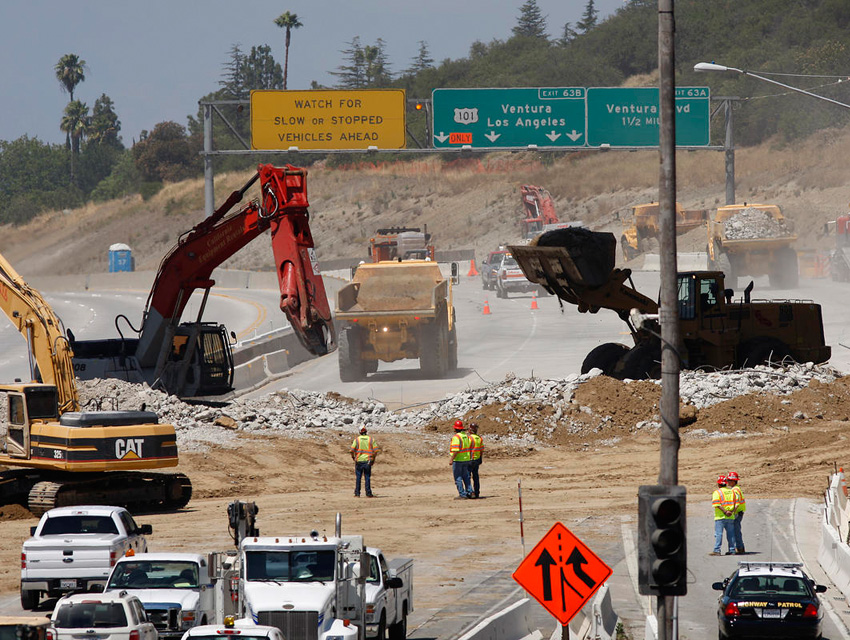 Like a painful memory that won’t ebb, the five-year 405 widening continues to haunt us. Yes, now we have carpool lanes from Orange County to the San Fernando Valley, but does it really feel any different getting through the Sepulveda Pass? (Yes, we know exit- and on-ramps were also cleaned-up and retrofitted.) The additional lane’s effect on traffic is currently unclear.

The latest reminder of that dark time comes via LA Weekly, which reports that Metro just approved an extra $103 million for the contractor, Kiewit Corp., thanks to “delays and additional work” that Kiewit shouldered. That would bring the cost of the project, partially funded by the Feds, to $1.3 billion.

As readers may recall, a retaining wall collapsed and had to be redesigned and rebuilt. Apparently, there was also major complications in the relocating of utilities. Kiewit claims it’s Metro’s fault for their cost overruns because the transportation agency didn’t approve changes in a timely manner and didn’t effectively coordinate with other agencies on the utility relocations.

We’re not done yet, though. Kiewit is asking for another $400 million from Metro, but the agency is not about to cut a check. The dispute is now in arbitration and a resolution likely won’t happen for a year and a half —about three years after the project wrapped.