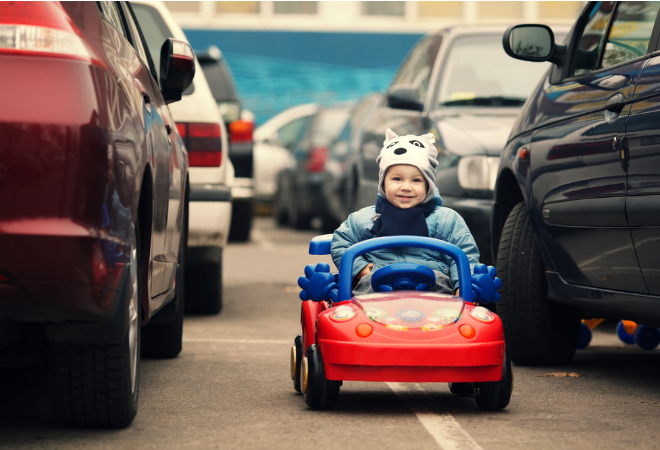 If only parking was this fun.

Street cleaning Is your downfall: The city’s most common ticket? Parking during street cleaning, which resulted in 700,000 citations between 2010 and 2011 (the fine: $68); in the same period more than 555,000 were issued for meter violations, the second-most-common parking ticket in the city.

Seriously, pay those parking tickets on time: You can’t be arrested for delinquent parking fines, but you will have to pay penalty fees (with the first late fee, a $58 ticket goes to $116; with the second, it’s $141) and a hold will be placed on your registration. Fail to pay five tickets, and your car is eligible to be impounded or to have a metal boot placed on one wheel, costing you $150 to have it removed.

Prepare to be patient—or spring for an expensive car: A study by a Penn State University researcher in the 1990s found that people take longer to vacate a space when there is another car waiting for them to leave. However, men left “significantly sooner” when an expensive car was waiting.  Hey, with what you’re now saving on parking tickets, that new ride is on the horizon.

For more on L.A. parking, check out this feature “Between the Lines.”