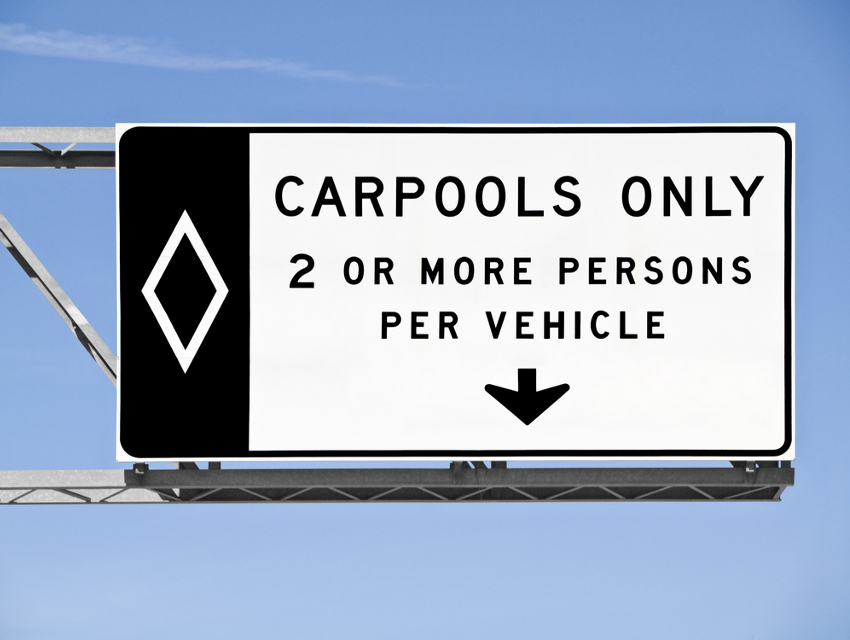 Likely aided by the oil crisis, the golden age of the carpool—the ’70s and ’80s—saw 20 percent of commuters sharing rides with co-workers or friends. But even as we’ve grown more eco-conscious as a nation, the rate of solo drivers has grown; now less than 10 percent carpool nationally, reports KPCC.

The reasons for the drop aren’t too hard to figure out. People are likely more wary of driving with strangers than they were a few decades ago (believe it or not, a more innocent time). Schedules also have changed—becoming both longer and less fixed—making it harder to coordinate with others. Let’s also not forget that the benefits of traveling in high-occupancy vehicle (HOV) lanes have diminished as they’ve grown just as congested as solo lanes.

Of course, there are numerous benefits to carpooling. There’s the environmental aspect, the savings of gas and car maintenance, less drive time (either because you’re sharing the wheel or your commute is shorter in the carpool lanes), and even the social benefit of conversation.

L.A. has invested a lot of money in getting people to carpool—seen as an inexpensive way of cutting congestion—by building hundreds of miles of carpool lanes; most recently and noticeably on the 405. Our rate of carpooling is 10.7 percent; an improvement of the 9.4 percent national average.

There’s hope we can boost those numbers, as well. Websites and apps make hooking up with other drivers easier and easier. Most new options like UCarPool, Ride, Carzac, Carma, and Carpool Kids have the benefit of not releasing driver information without vetting the person requesting it. Unlike decades ago, your smartphone can hook you up with another driver if your carpool buddy has an emergency, as well as notify you of traffic dust-ups. Imagine the 405 if we get that carpool percentage  to 15 or even 20 percent. Dare to dream.