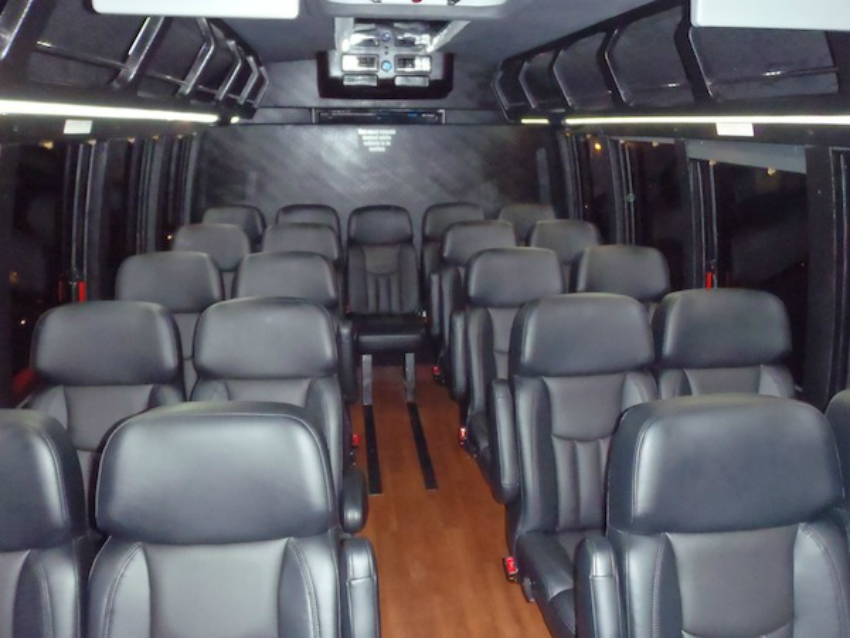 If we were all searching for a sign that L.A. tech is really taking off, we may have it: Industry buses have sprouted in the Southland, whisking employees to work in Wi-Fi -equipped, cozy-seated comfort.

The tech company rolling them out–YP, the digital arm of the Yellow Pages–is an unexpected one, both because their product is not a huge hit with millenials, as well as the fact that there office is in Glendale, quite a ways from Silicon Beach. But that’s the point; most tech workers in L.A. live close to where the action is, in Santa Monica, Venice, and Playa del Rey. Many of YP’s workers were griping about driving the hour to work every day and the company did something about it, the L.A. Times reports. YP reached out to San Francisco start-up RidePal, a shuttle service used to ferry Bay Area employees to Silicon Valley jobs.

YP workers have the option of giving up their paid parking spot for a free ride on the RidePal bus, which departs Glendale at 9 a.m. and heads back to the Westside at 5 p.m. Worker Troy Devers, who lives in West L.A., saves $200 (presumably a month) in gas, parking, and wear-and-tear. Employees like Devers praise the bus option, especially since half of their 500 workers reported personal commutes of 45 minutes or more. The sprawl of L.A. has scared off recruits and impacted retention rates at YP, but unlike in the Bay Area, Los Angeles has not risen up against their buses. While some in San Francisco saw RidePal and their ilk as traveling billboards for gentrification and traffic, here it’s seen as the opposite: less cars on the road to compete with.

But buses aren’t the only way local tech companies are addressing the problem of commuting in Los Angeles. Video start-up Zefr leases two Venice apartments for their employees, making them available if they have to work late on a project. And many companies in Los Angeles, even those not affiliated with tech, are allowing people to work part- or full-time from home.

“The more we create options to make transportation not a factor is good for the technology eco-system here,” Darren Clark, YP’s chief technology officer told the paper.

Inside the Los Angeles Clinic That Uses Ketamine to Treat Depression