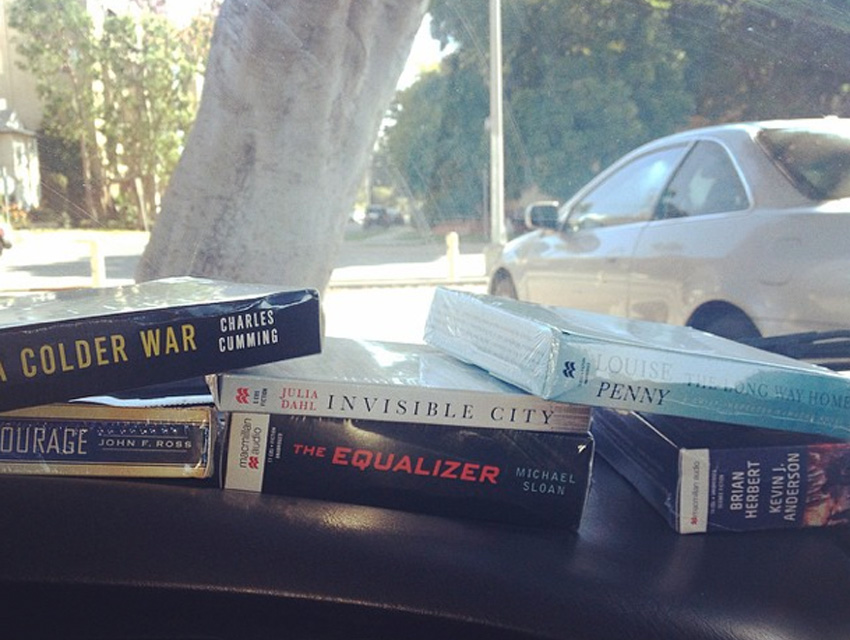 There’s only so much KCRW or KROQ one can take in an hour-long commute. If your drive to work is a slog, it’s time to finally take the dive into audiobooks, and with these new titles, you may even find yourself enjoying your time on the 101:

The Equalizer by Michael Sloan
First an ’80s TV show, then a soon-to-come Denzel Washington movie, and now a novel, The Equalizer is the story of a former CIA officer who now protects vulnerable New Yorkers. Read by Jeff Gurner.

Enduring Courage: Ace Pilot Eddie Rickenbacker and the Dawn of the Age of Speed by John F. Ross
This is the fascinating story of Rickenbacker, a car and plane enthusiast who helped create the racetrack and Eastern Airlines. Oh, and he was a war hero, too. Read by Edward Herrmann.

The Long Way Home by Louise Penny
This gripping mystery chronicles the hunt for a missing artist in Canada. Read by Ralph Cosham.

Invisible City by Julia Dahl
A woman abandoned by her Hasidic mother hunts down the killer of a different Orthodox Jewish woman in New York. Read by Andi Arndt.

The Golem of Hollywood by Jonathan and Jesse Kellerman
A mystery story combining science fiction, Jewish myths, and the LAPD. Read by John Rubinstein.

Forgetting to Be Afraid by Wendy Davis
The memoir of Wendy Davis, Texas gubernatorial candidate and women’s rights heroine. Read by Hillary Huber.

The Marco Effect by Jussi Adler-Olsen
If you’re looking for a thriller involving a teenager trying to flee his murderous Gypsy uncle, this is the audiobook for you. Read by Graeme Malcolm.