Home Uncategorized Stars, They’re Not Like Us: They Can Afford Speeding Tickets 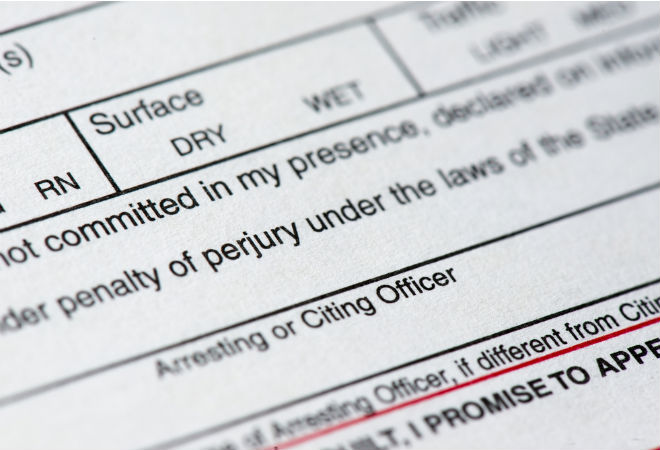 When 16-year-old Kylie, one of the youngest of the Jenner-Kardashian clan, was pulled over in Malibu earlier this year for speeding in her $150,000 Mercedes SUV, it was all over TMZ and the New York Daily News. This wasn’t the reality starlet’s first run-in with the police: she previously caused a three-car accident. Let’s be real though, a speeding ticket to a Jenner is like a grande drip to most people.

Jenner’s ticket likely cost her nearly $250, and approximately $60 more if she went to traffic school (one can imagine her insurance is already astronomical). While a reality star can drop that amount at lunch, most Angelenos would feel that pinch in the wallet—the price of a speeding ticket is about eight times more than it was 20 years ago. While it’s hard to sympathize with a speeding ticket or other moving violations that put others in danger, that amount is indeed a pretty penny to pay for driving up to 15 miles over the speed limit (drive faster than that, and it’s even more money). Blowing through a red light is careless and reckless, but is the crime worthy of the $446 ticket?

Those expensive tickets are needed by city officials, who use them as a steady source of revenue. Parking tickets, especially, already make up a considerable amount of the city’s budget (payments go to the general fund, which you can check out here) and Mayor Eric Garcetti wants to plug even more financial holes with pricey citations. He hoped to hire 50 part-time parking enforcement officers with the goal of raising $3 million in new parking tickets. A loud outcry from parking activists (yes, there is such a thing) helped downsize Garcetti’s hiring plans.

Those activists, a grassroots group called the Los Angeles Parking Freedom Initiative, are serious about changing the city’s policy of ticketing their way out of debt. Members of the LAPFI already met with Garcetti staffers to discuss an expansion in parking hours, demystifying confusing parking signs, and reducing certain fines—like $73 for parking on a street-sweeping day and $63 for an expired meter—to a more affordable $25. Should things not work out with City Hall, the group is prepared to seek a 2015 ballot initiative that could completely overhaul the city’s parking policies.

The group is likely even more emboldened to take action after a recently retired traffic officer and a retired Los Angeles Department of Transportation employee admitted a culture of quotas. Lucrative overtime shifts come with the “mandate of eight tickets per hour,” according to one of the workers. To reach the magic number, some traffic cops will hit up innocuous violations like a bumper hanging an inch or two over the red curb. If the employee doesn’t nail his number, his or her overtime shifts dry up. One big problem: ticket quotas are illegal in California.