Home Celebrity Up in Smokey: Bandit’s Trans Am Fetches $450K 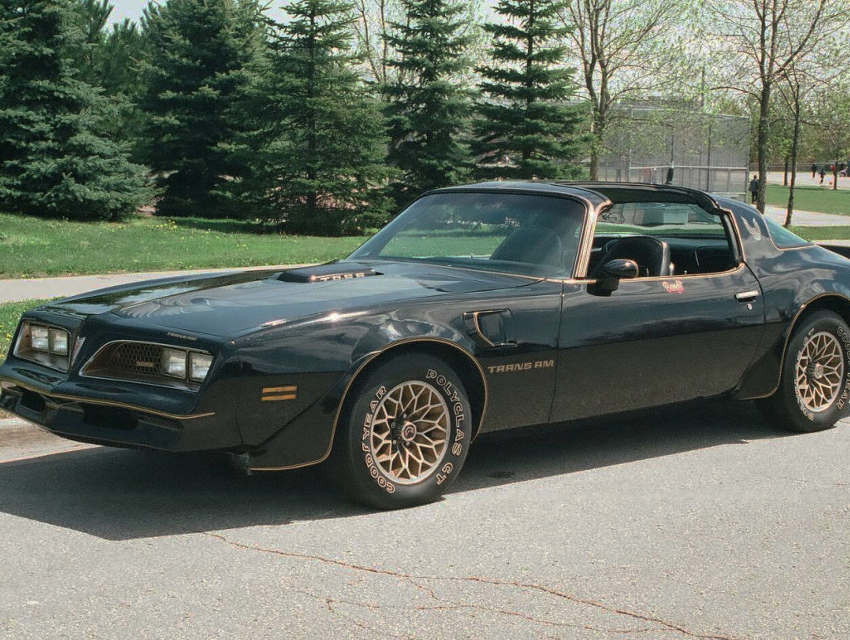 Many Gen Xers are mourning a little piece of their childhoods after Burt Reynolds hocked a bunch of Smokey and the Bandit memorabilia at a Vegas auction earlier this month.

As a testament to the screwball comedy’s enduring popularity, a jacket, go-kart, and promotional Trans Am were snatched up quicker than Bandit hauling butt to deliver 400 cases of Coors to Georgia. The iconic red jacket worn by Reynolds’ truck driver character fetched nearly $35,000, while a go-kart replica of the film’s ’77 Pontiac Trans Am, once owned by Reynolds, went for nearly $14,000.

But it was the $450,000 paid by an anonymous buyer for a Bandit Trans Am that received the most attention. The actual car wasn’t even in the movie, though it was utilized for the movie’s promotional tour and given to Reynolds after it was no longer needed. Five years ago, cash-strapped Reynolds auctioned off a Trans-Am that he owned and was actually featured in the film (four Trans Ams were used in Smokey).

Well, here’s hoping Reynolds pocketed enough dough to save his Florida home and doesn’t have to auction off any more possessions; though it couldn’t get much worse, he sold his high school trophies along with the Trans Am.