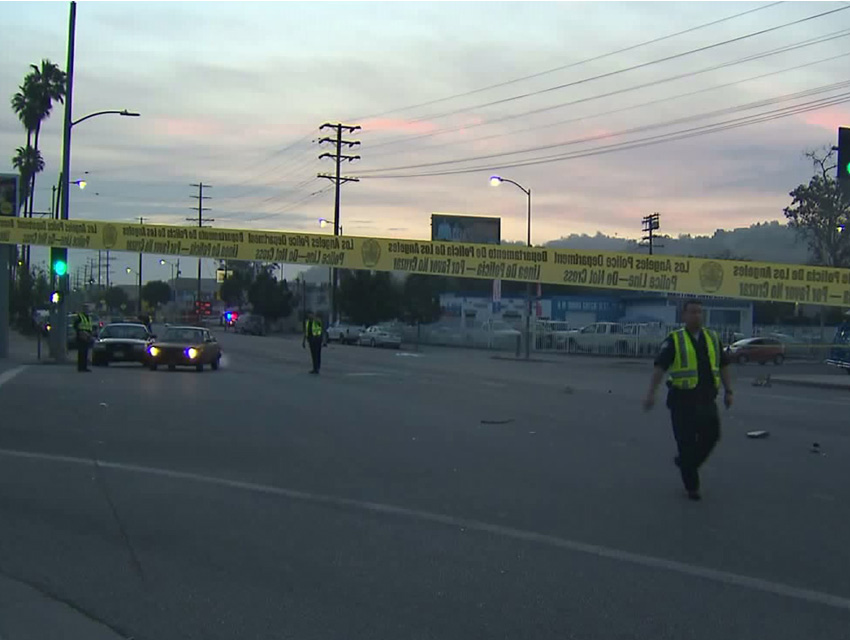 Thanks to a witness’ tip, the LAPD apprehended a driver who slammed into a 33-year-old cyclist early Friday, dragged him 400 feet, and then drove off and left him to die. The driver, a 21-year-old man who was drunk when he was arrested, was traveling more than 80 m.p.h. on Figueroa Street.

The L.A. Times looked into accident data for this stretch of Figueroa and the numbers are staggering: between 2002 and 2012, there were 68 collisions between cars and bikes, just between York Boulevard and Avenue 26; 153 accidents occurred between cars and pedestrians, with nine people dying.

During that same time span, hit-and-run collisions involving cars and bikes exploded throughout the county, increasing 42 percent. More than 5,600 cyclists were hurt and at least 36 died, prompting Councilman Joe Buscaino to declare on Friday that the city is in the midst of a hit and run “epidemic.”

“Our city has an epidemic of hit-and-runs and the only way we can change this is to speak up,” Buscaino said, reminding Angelenos that the city offers rewards for all tipsters that help arrest hit-and-run drivers.

Though the cyclist was killed in a crosswalk, the Times article and social media posters are pointing out that Councilman Gil Cedillo recently backed off from adding bike lanes to Figueroa, citing concern over losing a lane and hindering emergency vehicles. There is no dispute that cars often travel on Figueroa at freeway-like speeds and that something needs to change.