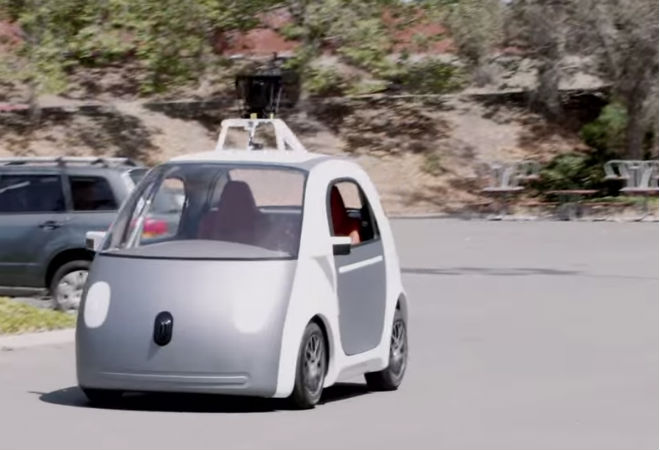 There may be no place more in need of a self-driving car than this city. Angelenos, always busy and almost-always stuck in traffic when behind the wheel, heaved a collective sigh of relief when Google recently released video of their prototype for a self-driving car—with actual people in it. So it exists, but will people drive it—er—let it drive them?

The first impediment to some adopters may be ceding control. In addressing this concern, Wired said Google should follow the lead of the car’s predecessor, the horse. When folks traveled by equine, they yielded some, but not all control, to the creature. The horse could move on its own with very little direction, allowing the rider to talk, think, or even zone out, but the reins were there, just in case.

Currently, the self-driving car is pretty much an enclosed box, with no steering wheel, gas pedal, or brake; internal radars, lasers, and cameras do all the work and the car’s stop speed is a 25 mph (for now). Would occupants feel more comfortable if there was some sort of emergency override? Likely. And that can certainly be added; the video shows an early version of the car, so the design hasn’t been finalized.

That prototype is an adorable little vehicle with a human visage; a Fiat with a face. The lights are eyes and there’s a nose and a mouth (once you see it, you won’t be able to un-see it). The idea is likely to make the self-driving car, something so radically different, less frightening. Older drivers, the disabled, and those with impaired vision will benefit the most from the car and Google seems to think they need reassurance they’re driving something more akin to Rosie the Robot than a Decepticon. That intentional design is exactly what worries some. Wired also says that the cutesy design of the self-driving car may attract the feeble, but it will turn away the image-conscious and those who wrap up their identity in their vehicle. Google may be betting that this won’t be the case for the younger generation, who will be prime customers when the car hits the market in about six years. Studies show that millennials drive less than previous generations and embrace myriad ways to get around, wrapping more of their self-worth into technology than transportation. So Google may be less concerned with making self-driving cars “cool,” and more with making them efficient, practical, and safe; a moving vessel for, say, a college student to study and tweet while en route to class.

Of course, there are plenty of people, especially in Los Angeles, who will not be seen in a beater, a lemon, or a car viewed as trendy amongst the matronly or elderly. Whether they take to Google’s friendly-looking mini-robot car remains to be seen, but the first pilot program for the car, which includes building 100 prototypes, takes place in none other than California.

Would you buy a self-driving car? Tell us using #LADriver on Twitter.