Home Uncategorized Science Reveals That Courtesy Can Cause Traffic 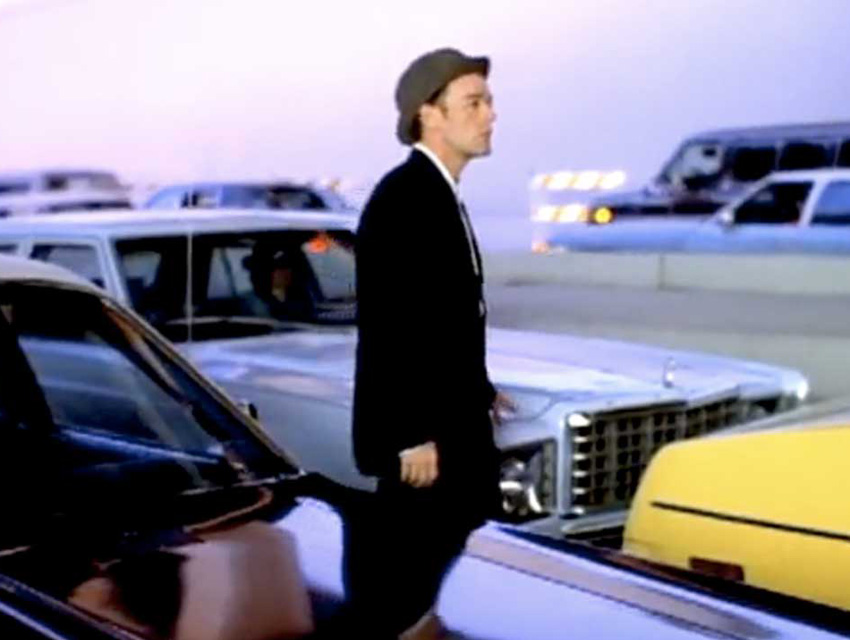 Contrary to what we’d like to believe, the volume of vehicles and the seemingly sparse space on freeways is not necessarily the cause of simply too many people. According to a study by Tom Vanderbilt, author of Traffic, drivers cause traffic congestion by interrupting the ideal flow of cars at a constant speed, and those fluctuations in velocity are amplified down the line.

In the study, physicists applied fluid dynamics to the study of the enigmatic traffic jam. When too many particles, or vehicles, are concentrated in one area, the density increases and the potential for slowing, or traffic jams, is greater, especially if some of the particles are braking suddenly, changing speed, texting, or even allowing too much time for merging and too much space between them and the car in front of them.

However, a smooth drive could be possible on a crammed freeway—that is, if a constant speed went uninterrupted. Scientists call this phenomenon synchronized flow. Scientists all over the world have found that human nature is the cause of this interruption, because obviously, in no reality would we ever be comfortable driving 80 m.p.h in a bumper-to-bumper sandwich.

A group of Japanese physicists once observed the driving patterns of several individuals on a race track, who were told to simply maintain a certain speed-to-distance ratio in relation to the preceding vehicle. The physicists found that many of the drivers eventually chose to change their speed, and the physicists concluded that drivers’ skepticism about a safe speed-to-distance ratio led to inconsistencies in traffic flow. Their findings contributed to the understanding of the dreaded stop-and-go that we experience when cars spill onto the freeways after work.

Considering that there are so many players involved, it would be near impossible for one individual to make some changes that would mitigate traffic on the 405, and freeway expansions sure haven’t done much. Nevertheless, it can’t hurt to follow these rules to set an example for fellow commuters.

Don’t get jumpy.
Driver territoriality results in the interruption of traffic flow. We’ve all encountered that one guy that honks from behind when you don’t fill the space in front of you, and people love to secretly race the person piggybacking in the adjacent lane. Changing lanes as traffic slows does bring us at least 50 feet closer to home before coming to a dead stop. However, this driver activity actually makes traffic worse, according to a multi-faceted study by researchers from the Journal of Applied Social Psychology. Our over activity on the roadways causes the speed and distance fluctuations that result in traffic, and these ideas of territoriality can turn into a sour road rage, which makes those traffic jams that much worse. The same study also found that drivers with bumper stickers and other vehicle personalization tend to be more territorial, so it’s advisable to drive carefully around the soccer moms and activists.

Invest in the future of adaptive cruise control.
Scientists salivate for a future in which cars have adaptive cruise control, which eliminates as a factor the delayed human reaction time. Berthold Horn, a professor in MIT’s Department of Electrical Engineering and Computer Science, presented a system would also use sensor information to determine the distance from and speeds of the cars surrounding it, a system called “bilateral control.” Adaptive cruise control would kick into gear and ensure vehicles stay ideal distances away from other cars on the road, and provided that all would be traveling at the same speed in the distant future, cars on a crowded freeway could drive at 80 m.p.h. uninterrupted.

Drive smart.
Save yourself money on a brake job by accelerating less and therefore braking less. There’s no use in filling car-sized gaps in a crawling line of cars or tailgating.

Don’t be too nice.
One source of congestion is the merging of two lanes into one. In his book, Vanderbilt says that drivers try to be as courteous as possible by merging early rather than waiting until the lane disappears. However, scientists insist the lanes were designed to employ the “zipper merge,” in which all cars gradually fit together once two lanes turn to one. By all means, wait until the last minute—but please, use your blinker.