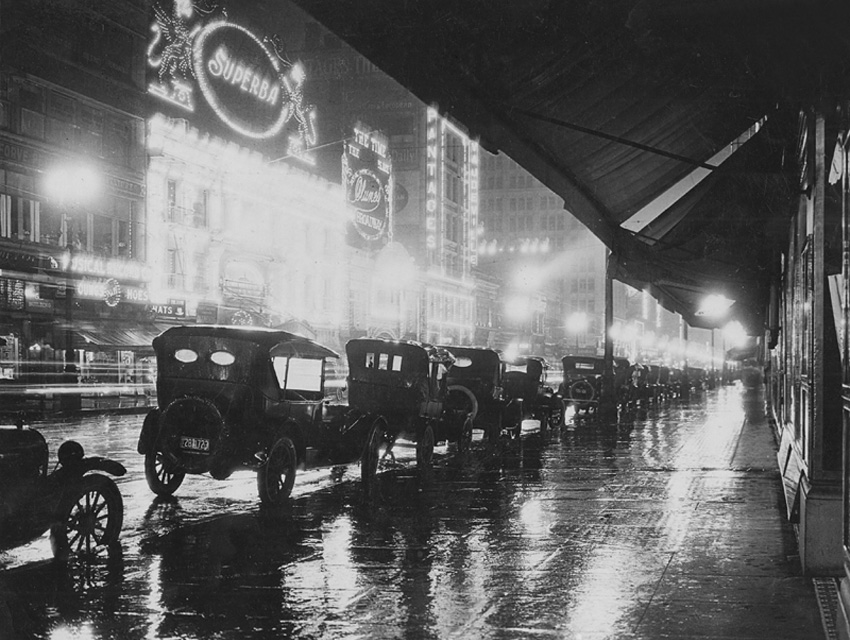 Gather round the campfire, my fellow Angelenos, and I will tell you a terrifyingly true story: the tale of L.A.’s first ever parking violation. (Cue lightning claps and thunder crashes.)

It was a dark and spooky night in 1920 when the transportation bureau of the LAPD issued an ordinance forbidding parking Downtown between 11 a.m. and 6:15 a.m. For the past year, streets had been clogged and cluttered with thousands of cars bought during the streetcar workers’ strike of 1919. The city wasn’t prepared for automobiles, much less automobiles abandoned by the curb for hours at a time. There were no parking signs, not even confusing ones, and there were no $40 lots across from the Staples Center. Just chaos. LAPD thought that banishing parking during business hours altogether would alleviate the problem.

Oh how wrong they were.

On April 11, during the first 24 hours of their new ordinance, over 1,000 people broke the law by stopping for more than two minutes at the curb. The punishment? Arrest. That means there were over one thousand drivers sent to the clink, too many to put in cells. Fifty policemen patrolled the streets, handing out white tickets like Halloween candy.

One brave soul took a stand that chilling day. His name was James Wynne, and he was but 19-years-old. He parked at 316 West First Street (near where MOCA stands now). When told he had to move his car, Wynne refused, saying that he needed to park in front of his place of business. I imagine the conversation went something like this:

Policemen (think: well-spoken zombies): “Sir, we’re going to have to ask you to move your vehicle to comply with the no-parking ordinance that went into affect this morning.”

Wynne was arrested that day, and because he refused to move his car, he was also fined $10 (which would amount to around $123 these days). That citation was the first ever parking violation fee given in Los Angeles, and its legacy haunts us to this very day. Sometimes, when I’m running to re-fill a parking meter, I swear I can feel its ghost.