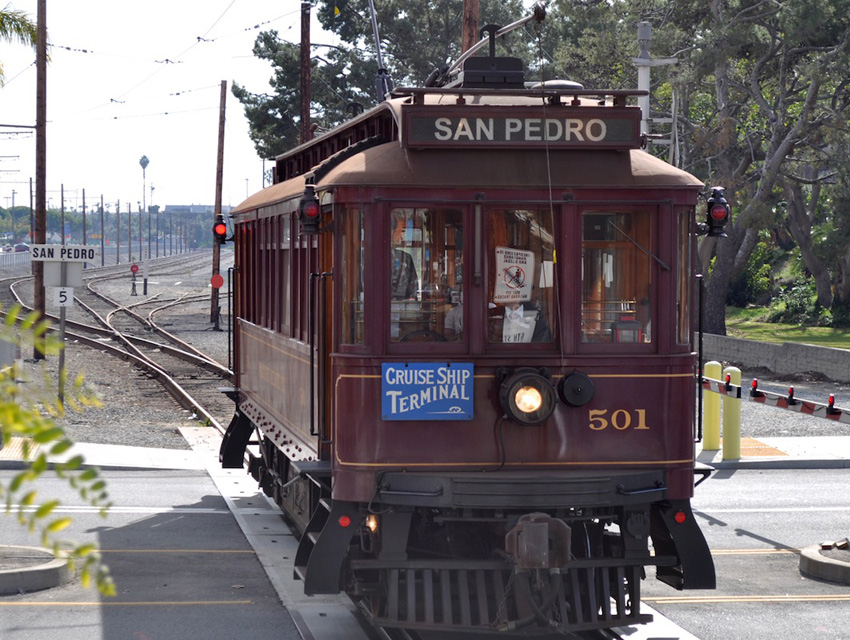 Even though some have written off San Pedro’s streetcar as a tourist novelty worthy of history’s dustbin, many others want the charming waterfront transport kept alive.

With redevelopment plans cutting right through the 1.5-mile long route connecting the Cruise Center to the Fanfare at San Pedro Gateway, city officials have intimated the 12-year-old streetcar could be soon scrapped. The line—which utilizes a century-old Red Car trolley and other replica streetcars—is indeed closing on September 27 for the realignment of Sampson Way; there’s no promise it will return for service after that.

But the neighborhood council has a plan to make sure the Red Cars stay, reports the Daily Breeze. The Sampson Way reworking could present an opportunity for a new streetcar line that no longer requires boarding platforms—patrons could step on right from the street.

Street-level boarding would mean the train would be handicap-accessible, but it would also mean the historic Red Car could no longer be used. Instead, vintage-looking streetcars would replace the old model. The street-level route would cost $40 million—it’s not clear where the money would come from—and construction would have to wait until Sampson Way is completely reworked (sometime in 2017).

The neighborhood council also wants to delay the Red Cars’ imminent closure—since work on Sampson won’t actually begin until early next year, council members want to keep the trolley running through 2015—and possibly have it open while the road work is underway.

4 Neighborhoods That Need a Streetcar More Than DTLA

The Real Reason DTLA Is Getting a Streetcar

CityDig: Downtown’s Business District Gets Down to Business