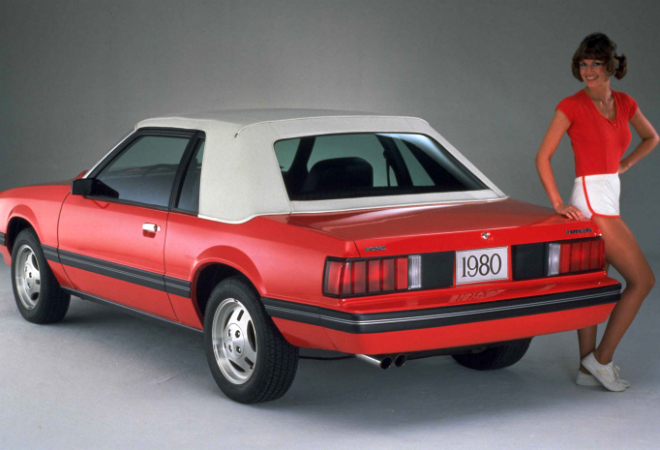 This Mustang obviously didn't get the message about vinyl tops going out of style.

Throwback Trend: “Landau” Roofs, which were vinyl coverings on fixed-roof cars that gave the appearance of a convertible, without providing any of the benefits of one.  Well, at least the sole benefit: driving with the top down. The cloth material became ratty and discolored over time and could only provide fresh air to passengers if a hole got torn in it. Yet, the body design was incredibly popular, and was generally considered a luxury perk.

When: Fake convertibles reached their height of popularity in the 1970s, but car companies continued to produce them until the ‘90s.

Would we bring it back?  Would we wear fake diamonds to the Oscars? (No.) The vinyl roof is the equivalent of feathered bangs: it was attractive then, but it’s Velveeta-cheesy now.