Home Uncategorized Ride Wars: One Rideshare Driver Explains It All 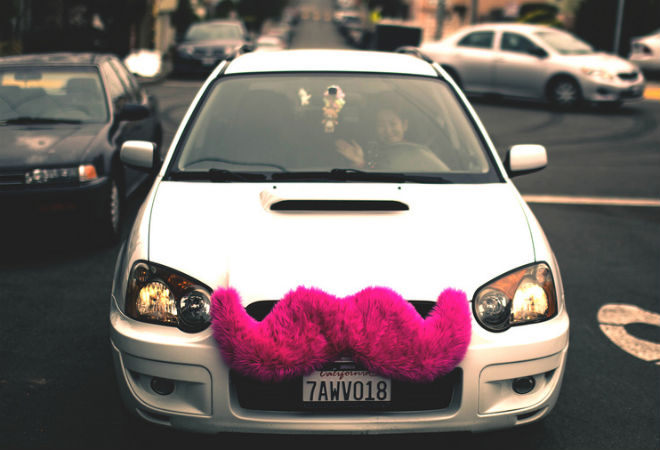 Every Friday and Saturday night, Tim drives for all three major rideshare apps in L.A.: Uber, Lyft, and Sidecar. This past Saturday night, he logged onto his Lyft and Uber apps at 7 p.m. and drove for six hours, logging off at 1:00 a.m. In that time he delivered eight Lyft riders and four Uber riders to their destinations, making around $200 for the evening.

When Tim began rideshare driving one year ago, he could pay his bills with what he made on weekends alone, typically averaging around $35 an hour after expenses. Now, due to price wars between the companies, and an increase of drivers across the board, he sometimes goes hours before picking up one ride, which often comes in under $10.

The current fight between the two comes down to price and quantity of drivers. At the moment, Lyft’s prices are about 20% lower than Uber’s, They continually decrease their prices to compete, and they recently did away with their commission – the 20% fee they typically took out of the fare. That means Lyft’s drivers keep 100% of the fares. But the lead up to this current benefit for Lyft drivers was a very bumpy ride. Uber was the first of the two companies to axe their commissions. Shortly thereafter, however, they added it back in, but at only 5%. And then, after a while, they hiked it back up to 20%. Lyft’s immediate response was to cut their commission all together as well as to drop their prices.

“It would simply be terrible to have commission with the cheap prices, because we would make literally no money,” Tim says.

The popularity contest between Lyft and Uber has also created manic changes in policy to hiring. According to Tim, Lyft used to be careful to limit the amount of drivers, by regularly instituting hiring freezes, thus controlling the number of drivers on the road so that those drivers would be more likely to make a decent wage. However, this resulted in a slower response time than Uber, which had no such limits in place.

“Every time a passenger logged into Lyft and saw a wait time of 15 minutes, but logged into Uber and saw three minutes, they’d go with Uber,” Tim explains. Uber’s higher prices, when combined with shorter wait times, didn’t dissuade anyone. “People are in a hurry—it’s L.A.,” says Tim.

Lyft, faced with making policy decisions to compete, lifted all hiring freezes and significantly increased their number of drivers. Despite these price decreases, there is still a way to make a significant amount of money as a rideshare driver, and that comes through poaching. For every driver that refers a Lyft driver to make the switch, Uber is currently offering $500 – to both the referrer and the referred. However, if the referred happens to be a mentor for Lyft (a veteran driver that helps new drivers get situated), each person will receive $1000. These rewards are paid after just one ride with Uber, and it is not required that the referred driver ceases working for Lyft.

So how, when not receiving commission, consistently lowering their prices, and literally tossing money at their drivers, are these rideshare companies making any money? The answer lies in their low (or no) overhead. Though Lyft serves multiple cities, it only has one office in San Francisco. There is an emergency number available for Lyft drivers, but it is reserved only for true emergencies. Should drivers have a non-emergency issue, they can only send an email to a support address. They’ll receive an answer within a week. Uber, meanwhile, has no number at all, emergency or otherwise. “I’ve been so mad at them,” Tim says, in reference to a time that a rider vomited in his car while he was driving for Uber.  In figuring out how to deal with the expense of cleaning and detailing his car, and the time he’d have to take off of driving while he handled the situation, there was no one at Uber he could speak to for guidance. His only option was to email the support address, and wait for a response. Uber gave him a small sum to help cover the cost of the detail, but it wasn’t nearly enough to account for the lost time.

In addition, both companies continue to expand under increasing popularity. Lyft drives in 33 cities, and takes a commission in most of them. Uber drives in 75 cities worldwide. And both companies have sought investors to help grow their businesses. Lyft recently raised $250 million in a round of funding that puts its total just above Uber’s. Uber is also reportedly aiming to raise $10 billion.

And what about Sidecar? Due to comparatively weak branding and its inability to carve a niche for itself, it may never reach Prom King or Queen status; however, it is not without its merits. On any given night, Tim drives with Sidecar to get home, as the app allows him to input his own destination. For example, if Tim is in Santa Monica, and wants to go home to Toluca Lake, he can tell the Sidecar app that he will accept rides on or to the Valley. Then he can wait to begin driving until he receives a request on his app from a rider who also wants to go to the Valley.

In addition, Tim can input how far he wants drive to pick someone up. “Say I input a one mile radius—even if I’m the closest person to a rider who is two miles away from me, the app won’t give me the request,” Tim says.

As a rider, Sidecar allows you to input your end location into the app, and it gives you a set trip cost. “The driver can take you the absolute wrong way, circle L.A. and you will still only pay $10,” Tim says.

Tim also sees the rider’s end location and cost in his app, so he knows how much he’ll make. With Uber, Tim doesn’t learn the amount until drop off, when the app loads it on his screen. Tim can then accept the cost, or opt to increase it, say, if the rider got sick in his car, or damaged something (it happens, Tim says). The rider can then, on his own app, dispute the fare, should they disagree with the amount.

With Lyft, Tim doesn’t know how much the rides cost until the next day, when he receives a drive report. “I’ll have passengers ask how much the ride is and I’m like dude, you know and I don’t. Because on their app, it shows. Mine, it doesn’t.

Not only does each company have distinct driver/rider app features, but they each have distinct brands, which attract a certain type of clientele. According to Tim, Uber riders, attracted to the company’s clean, almost corporate branding, tend to sit in the back. They don’t talk a lot. If they’re riding with friends, they’ll talk to them, but never to Tim.

“It’s really like ‘you’re a driver, and I’m paying you to take me to my destination,’ much like a cab,” Tim says.

In contrast, Lyft, with its silly pink bumper moustaches and colorful app design, appeals to riders who enjoy the kitschy, novelty aspect of the rideshare. They often sit in the front. They’ll chat with Tim in a very open manner, as if he’s a friend, and he’s just giving them a ride as a favor.

Rude or disrespectful riders are rare, Tim says, but the few he’s gotten have been through Uber. He’s found half empty beer bottles jammed purposely into the back of his seat, and once found a vial of hash oil in the handle cup of one of his rear doors. What are Sidecar riders like? “Well, no one uses Sidecar,” Tim answers. “They aren’t very distinctive.”

Despite seeing his income from driving continually decrease over the last year, Tim has no plans to stop driving at the moment. It’s still easy money. “I just open my apps, and go. I have to drive anyway,” Tim says. So, he might as well make some money along the way.