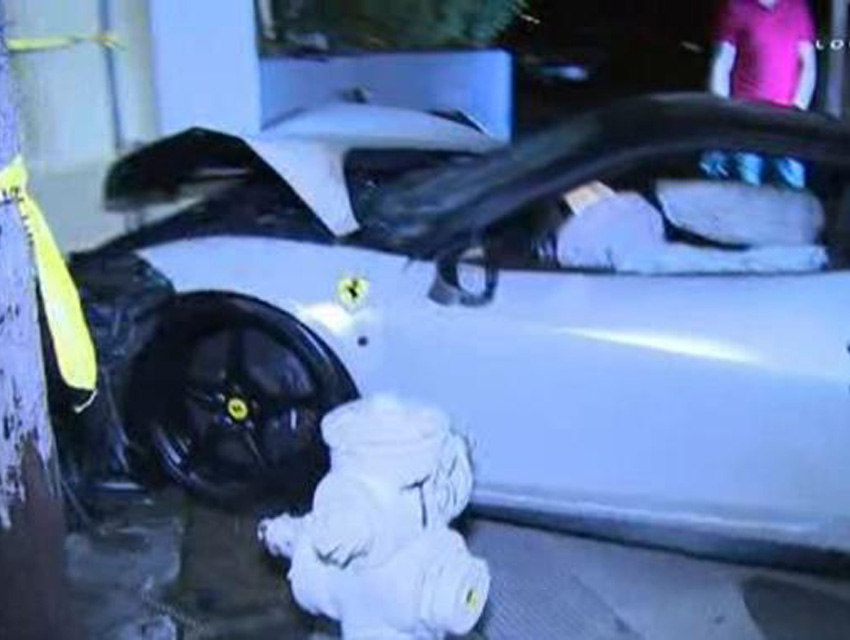 Fast cars were made to be crashed, right? It would seem that way, at least in L.A., where speeding, overpriced vehicles are spectacularly destroyed regularly.

The latest incident happened on Thursday night in Hollywood when a driver smashed his Ferrari 458 Italia into the side of an apartment building at Van Ness and Franklin avenues. The quarter-million dollar vehicle was racing a Porsche; when the former crashed, the Porsche stopped—but only to get into a screaming match with the other driver. The Porsche driver then took off and now the police are investigating the incident as a hit-and-run, NBC4 reports. The Ferrari driver hurt his wrist and the apartment building sustained some minor damage.

Though insanely expensive car crashes are de riguer here in L.A., they’re more prone to happen on the Westside, especially up and down PCH. Just last week, a speeding Mercedes-Benz crashed, split in two, and led to the deaths of three people. Maybe the most infamous crash involving an expensive vehicle racing up the PCH was the $1 million Ferrari Enzo that slammed into a power pole going 120 miles an hour.