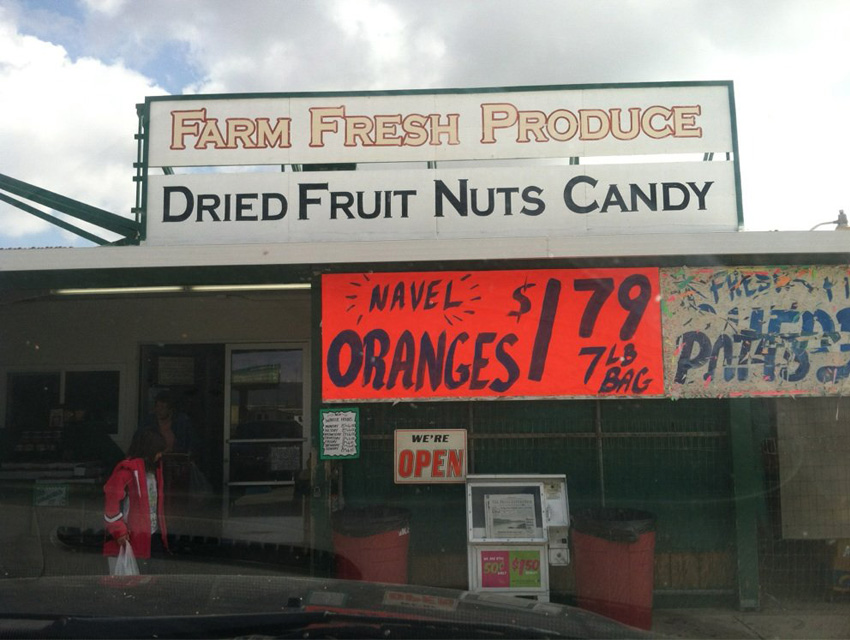 The iconic Hadley’s produce stand off the 10—a frequently patronized rest stop for drivers heading to Palm Springs for sun and fun—just moved into a new, bigger home in Cabazon. While some scream, “Change? No!”, the new Hadley’s still offers the delicious date shakes and fresh produce tired drivers have enjoyed for decades. For all the traditionalists heartbroken over the market’s new digs, we have three other ideas for places to stretch, pee, and break up the monotony of one of Southern California’s most legendary drives.

Frank G. Bonelli Regional Park, off the 10 in San Dimas
This Bonelli park in San Dimas may be a little close to L.A. for drivers en route to Palm Springs. But if you have the misfortune of heading to the desert mid-week, at any time that’s not the middle of the night, you’re bound to encounter traffic. Though San Dimas is only a few miles from DTLA it can seem as far as Vegas if you’re crawling at 10 miles an hour. So, if you can’t take anymore stop-and-go, stop at Bonelli Park. This 1,975 acre green space will take you far and away from the freeway, with picnic grounds, hiking trails, and a beach. The views are stellar and there’s plenty of wildlife; we even spotted a coyote family there. Bonus: Attached to the park is Raging Waters, an expansive water park that the kids will adore.

Dowling Fruit Orchard, off the 60 in Beaumont
Less famous than Hadley’s, this charming pit stop off the 60, right before it merges with the 10, is beloved for its collection of fruit, veggies, granola, teas, nuts, and bread. The prices are more reasonable than Hadley’s and the Yelp reviews are enough to convince the most persnickety shopper that Dowling is worth the stop. Grab some peaches, empty that bladder, and get thee to Palm Canyon Drive.

Desert Hills Premium Outlets, off the 10 in Cabazon
If you’ve reached these outlets—a stone’s throw from Hadley’s and the Morongo casino—you’re almost in P.S. But sometimes that’s as far as a driver can make it without a bathroom break. You’d be remiss to not do a little shopping while at the outlets, which have enough high end stores to make Rodeo Drive jealous—Fendi, Gucci, Prada, Versace. And the discounts are deep! The food options are a little lacking, but pick up a snack to power you to P.S. and gloat at dinner about your new $29 Calvin Klein shirt.