Home Uncategorized The Report on the 710 Extension Is Out, and It Ain’t Good 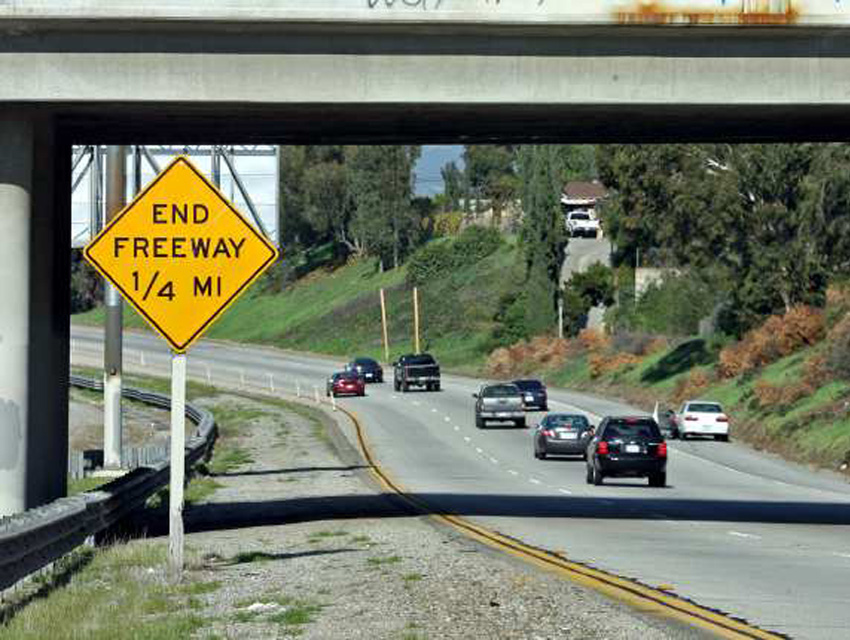 The abrupt end of the 710 freeway in Alhambra—dumping cars and trucks on residential streets that can’t handle the crush—has bedeviled transportation officials for decades.

Finally, an environmental report was released on potential solutions for the 4.5-mile gap, but nothing looks very practical. Among the nearly 2,300 page report are options that include building twin, double-decker freeway tunnels underneath Alhambra and South Pasadena. The cost is $5.6 billion—more money than the Purple Line subway extension to Westwood and the 405 improvement project combined. (Click on the image below to see how it might look.)

A cheaper, but not cheap, option would be one-double decker freeway tunnel, costing $3.1 billion; northbound traffic would use the upper two lanes, southbound the bottom two.

There’s also the option of a 7.5-mile light-rail line that would connect the Gold Line’s Fillmore station in Pasadena to the East L.A. Civic Center stop; that costs $2.4 billion. The problems with this solution is that it does nothing to address the trucks and cars dumped onto Alhambra streets, while also prioritizing a light-rail route in an area that already has train service—many would argue that a rail line up the Sepulveda Pass or through West Hollywood is much more needed than another light-rail in Pasadena and East L.A.

There’s an option for a 12-mile rapid bus route—which would include both exclusive lanes and portions sharing space with cars—that would connect San Marino to Montebello and cost $241 million. An even cheaper option would tweak traffic signals, add on-ramp meters, and feature freeway and road lanes that switch direction during peak hours. This bargain basement solution costs $105 million.

The public now has until July 6 to send Caltrans and Metro their thoughts. The public has been mostly adamant about not building anything that would fill the gap, so this should be interesting.

That Proposed 710 Tunnel Under South Pasadena Is Dead. Now What?