Home Transportation It’s On: Construction of the California Incline vs. El Niño 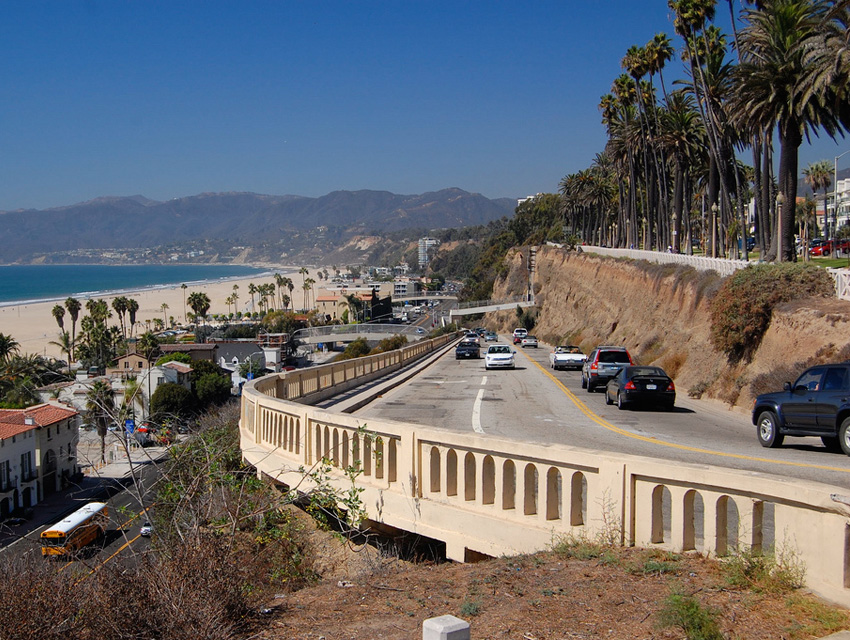 Construction crews just reached the halfway point in the $20 million renovation of the California Incline, the 85-year-old bridge connecting Santa Monica’s Ocean Avenue to the Pacific Coast Highway. With the final concrete pour done, workers can now breathe a small sigh of relief that this milestone was reached before El Niño, which meteorologists believe will dump a record amount of rain on California this winter.

Work has progressed swiftly since it began in April, and that’s partly because of concerns that rain could muck up the complicated build-out. “We’re feeling better, but we can only do so much,” said Santa Monica civil engineer Curtis Castle to Lookout.

If the rains don’t wash away all the new infrastructure, the new incline should open in the spring or summer of 2016, and will feature a new ramp complete with bike lanes, widened sidewalks, and retrofitting. Watch a September KTLA report on the construction below.

With El Niño Here, the City Gets Proactive on Potholes