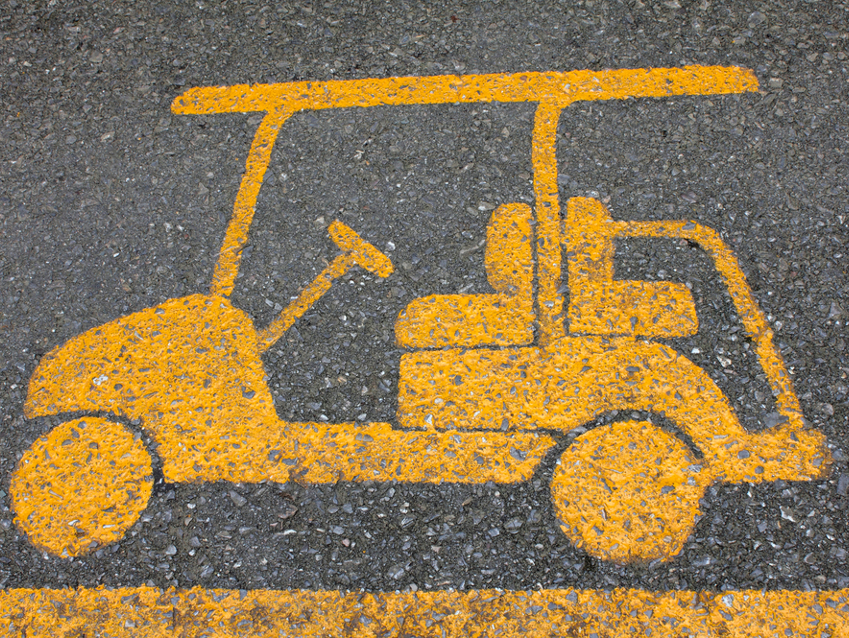 A 19-year-old man with too much alcohol in his system and not enough sense piloted a Rose Bowl golf cart onto the busy 210 freeway in Pasadena.

Maybe the smartest thing Andrew Aldridge of Dana Point (no, not Ashton Kutcher) did Thursday night was drive the nine-person electric golf cart in the 210’s slow lanes, allowing him to avoid imminent death. Apparently, Aldridge just wanted to get from the football stadium to his parked car and thought lifting the golf cart was the quickest way to do it (Uber or walking would have been a lot faster, no?).

After drivers called 911, CHP officers caught up to Aldridge a mile from where he was spotted, but still on the freeway. The teenager was ordered to exit and soon arrested for DUI, a crime that still applies even when you’re in a vehicle that tops out at 20 miles per hour.