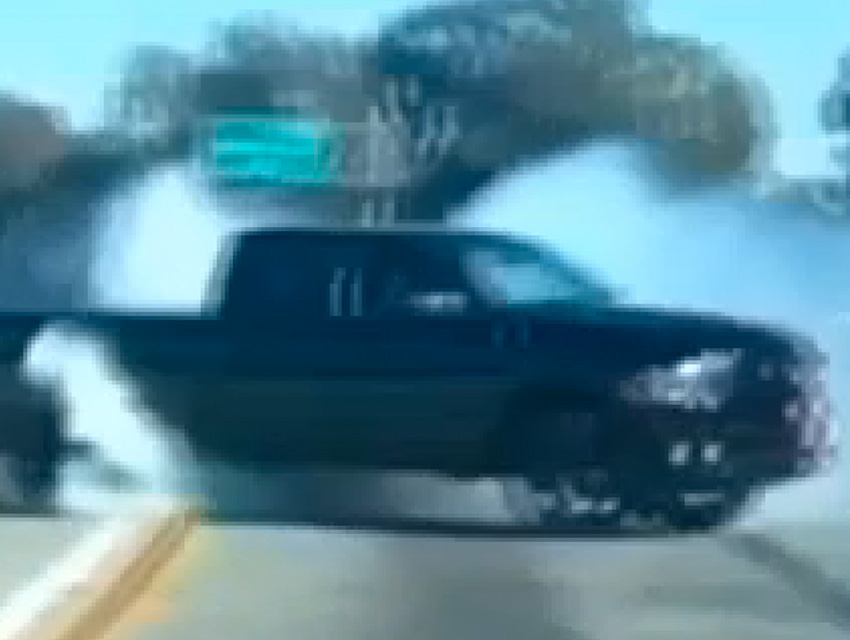 Imagine driving down the 10 or 405 and up ahead you catch sight of a car spinning wildly in circles. That frightening sight has already been encountered on a southern California freeway, according to an Instagram video showing a black truck doing donuts. Now, the LAPD is taking action to ensure this doesn’t become a trend.

Stunt drivers committing “sideshow” acts are being told they’ll be arrested and have their vehicle impounded—not just ticketed—if they’re caught, reports CBSLA. It’s not known how widely sideshow acts have proliferated in southern California, but they’ve already taken root in the Bay Area. An infamous video shows cars doing donuts on the 880 freeway as people hoot and holler; another northern California incident resulted in injuries. Back here, a coordinated stunt act was attempted last year by nine motorcyclists on the 405—and they were all arrested.

Obviously, the sideshows are dangerous for those driving behind the donut action. But something that becomes obvious when watching the footage is how distracting it is for drivers traveling in the other direction—basically, it’s a disaster waiting to happen. Let’s not make this a thing.