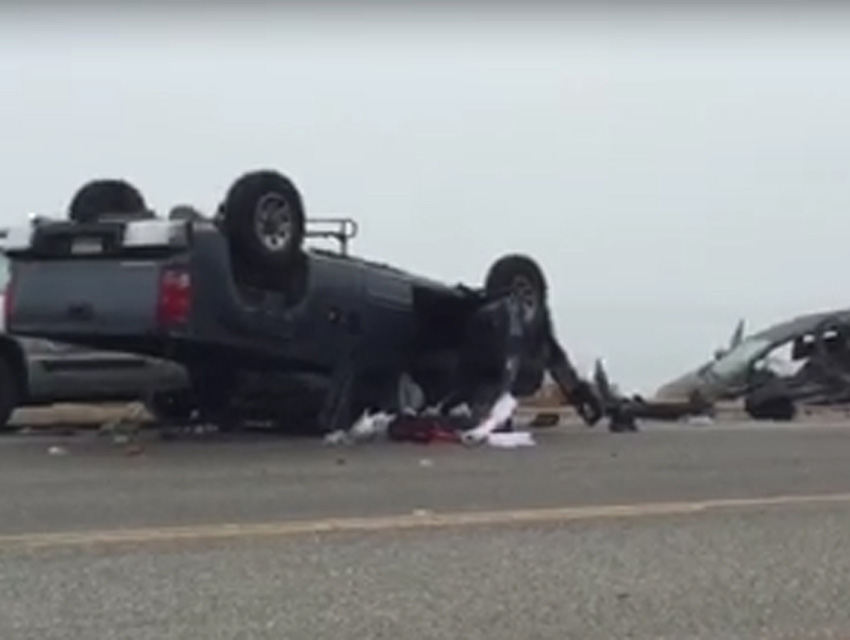 Image by Mike Cruz via KTLA

The Pacific Coast Highway is equal parts beautiful and deadly. This weekend rapper Dwayne Coleman, aka MC Supreme, was killed when the parked car he was in was hit by a GMC Yukon in Malibu. The driver, who is alive, collided with another parked car but no one was injured in that vehicle — a female passenger was in the car with Coleman but she wasn’t seriously hurt.

Just this weekend, the oceanside highway was the sight of four major accidents. A girl was killed walking across PCH in Huntington Beach, while two motorcyclists were airlifted in two separate incidents that both took place in Malibu.

The site of Coleman’s accident was the same Malibu spot where Caitlyn Jenner was involved in a fatal car accident that claimed the life of 69-year-old Kim Howe. Not surprisingly, animals are falling victim to the highway too.

Ironically, the Malibu City Council was set to hear a presentation on making PCH safer next week, just days after Coleman’s tragic death. A draft version of the safety study cited nearly 1,000 accidents and nine deaths on this section of PCH from Jan. 1, 2012 to Dec. 31, 2014, KTLA reports.

Many accidents, according to the report, stem from narrow shoulders (or none at all), zero buffer between parked cars and traffic, poor street lighting and signage, and “a low visibility of pedestrians.” The report indicated the highway was not in compliance with the Americans with Disabilities Act when it came to certain sidewalks, crosswalks, and traffic signals.

A true fix would take months and millions, but it was clear short-term changes could be implemented.

“These mostly involve restoring sites to their intended condition and can involve replacement of faded signs, trimming of vegetation or repair of damaged existing facilities. These can also include installation of new traffic signs, where justified,” the draft stated, according to KTLA.