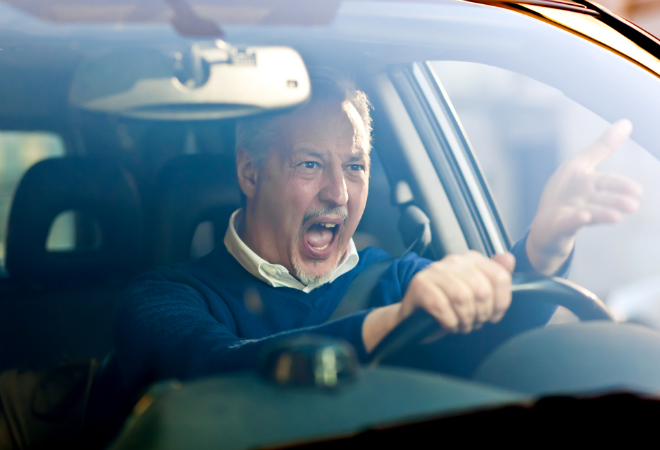 What do the Internet and L.A. traffic have in common? Both turn average people into angry, anonymous trolls.  Arnold P. Nerenberg, Ph.D. of The Nerenberg Institute, Whittier claims that talking to each other on streets and sidewalks will make L.A. a friendlier place:

“Some say I coined the term “road rage.” I didn’t. I popularized it. What is the real reason that people—often nice people—openly express hostility to other drivers? Part of the reason is self-expression and the need for respect. When someone is cut off by another driver, many people take it personally. They feel disrespected. People crave to express themselves, but can’t in the usual social situations. One the road, they are anonymous. They can curse, make obscene gestures, blow their horns, and think they will never see the other driver again. They got away with it.

This brings me to the topic of “Respectfully Real Communication.” At the Nerenberg Institute, we interviewed 1,800 people. Most were tired of superficial conversations. Most felt lonely because they wanted deeper, more meaningful dialogue. They wanted a “Social Revolution of Dialogue” in which they would not be trapped in trivia, where it would be socially appropriate to talk—even with strangers—about what really matters in life. Over half the population is already on board with the concept, no need to convince them.

The New Social Contract would involve Respectfully Real Communication whereby all people have the right to be their “true selves,” as long as the expression of the real self is done with kindness, wisdom, and a healthy respect of boundaries. It is a matter of such people being able to identify themselves and their vehicles as subscribing to this New Social Contract. This would make the roads and the sidewalks a much friendlier place. People would not be driving around just looking for an excuse to explode.  Reducing loneliness and isolation will reduce substance abuse and the crimes and hostility associated with it; it will increase trust. “Respectfully Real” is not just Real, which can often be destructive; it is being real with respect, which would create bridges and connections as opposed to walls, barriers, and hostility.

There is much more to be said about the Social Revolution of Dialogue, and this is hopefully the first discussion of many more to come.”

Check out more advice on how to make L.A. streets a nicer place from city and traffic officials.