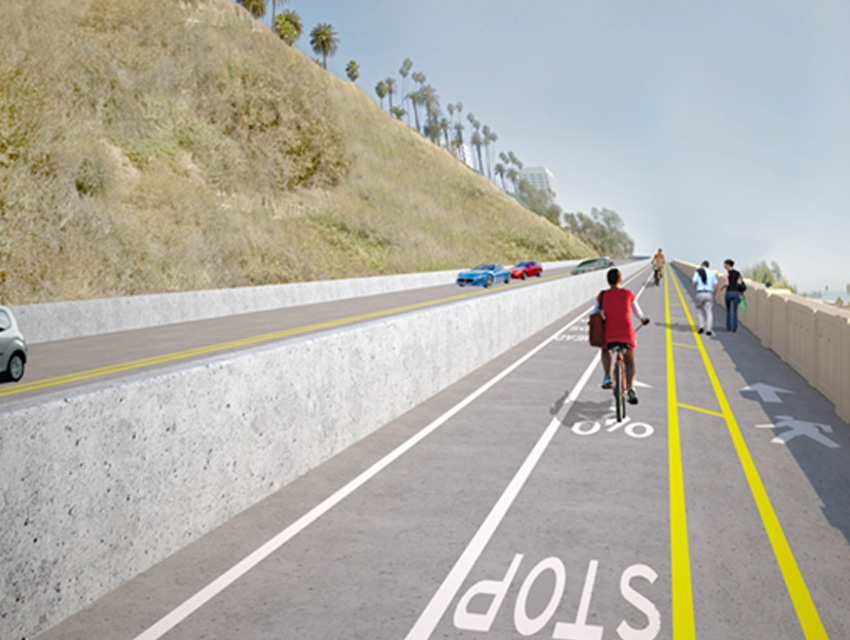 The aging California Incline—the bridge connecting Ocean Avenue and California Avenue with the Pacific Coast Highway—is getting some work done.

Beginning in late April, the Incline will close for at least a year. The $20 million construction project is necessary for a seismic retrofit that’s 85 years in the making. Built in the 1890s as a pedestrian route to the beach, the Incline was last renovated in 1930 to help make way for cars.

After the old bridge is demolished, the new Incline will be five and a half feet wider and feature a 16-foot wide lane for pedestrians and cyclists completely separated from car traffic with a concrete barrier. Also on the punch list is bluff stabilization, which will be done concurrently with the Incline work.

“If people want to go north of PCH and they usually came down the Incline to make their northbound connection to PCH, we’re actually asking them to head further south to actually head north,” Susan Cline, Santa Monica’s Interim Director of Public Works, told the Santa Monica Mirror. “It’s a little counter-intuitive but we think it will actually benefit folks in the end.”