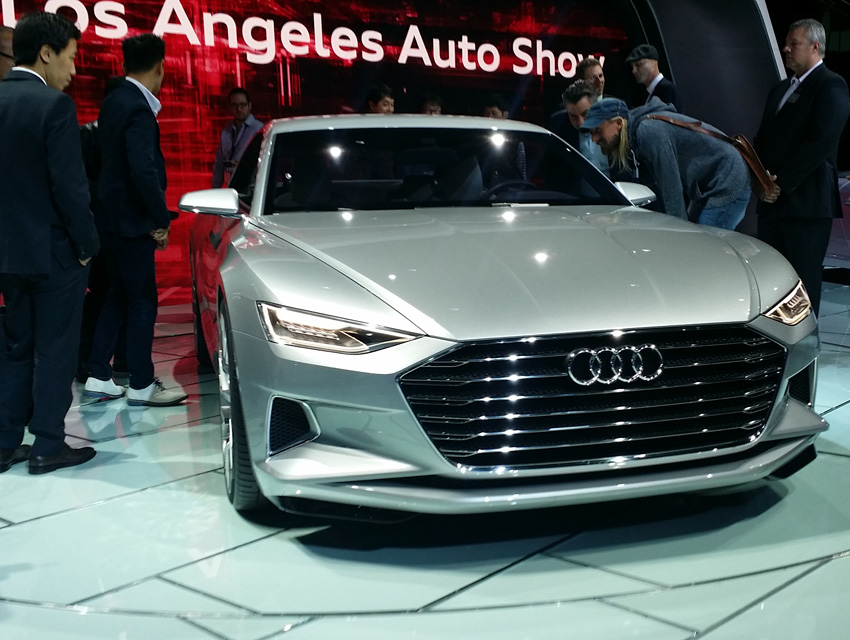 The L.A. Auto show, that yearly extravaganza, is now upon us. I recently had a chance to spend some time pouring over all the new makes and models and, at least to a large subset of industry, the recession just isn’t over, it’s like it never happened. Walking the floor, you finally get a sense that it’s not just the super expensive cars that have come roaring back, but also the lower and mid-end of the range. There seemed to be an overt interest in outdoors and technology—the twin loves of the millennials—with the brands and show floor displays. There were hundreds and hundreds of brand spanking new cars on display and a few really killer standouts.

First off, BMW showed a twin-attack of SUV madness with the X5 M and X6 M models, each featuring 567-horsepower and 553 pound-feet of torque and such over the top muscular body styling they make Chris Hemsworth look puny by comparison. They’re set go on sale this spring and are priced at $99,650 for the X5 M and $103,050 for the X6 M. Expect to see the Westside littered with them.

Mercedes-Benz rolled out their super-upscale S600 Maybach, a car bound to look at a 200K pricetag and scoff as well as a plug-in S-Class and a sweet little AMG C63. They also showed the new AMG SLS GT S, which we recently drove and reviewed. Maybach put the tri-star back into contention in the super-luxe category—take one look at the over the top interior with more quilting than a Chanel store and the .0001% will be enamored.

Not to be outdone, Bentley rolled out their hyper awesome and Gentleman Journalist favorite Mulsanne Speed model—basically, their massive Mulsanne sedan with a serious attitude adjustment. The floor model was lovely; a phantasmagoria of leather, wood, chrome and speed, which is how I imagine a night at Studio 54 with Halston would have gone down. Bentley also showed a new concept, a chrome-out piece of bling called the Bentley Grand Convertible, which looks street ready and will compete directly with the Rolls-Royce Phantom Drophead Coupe, because why not?

Porsche showed a nifty 911 GTS as well as $263,000 Panamera Turbo S Executive Exclusive. Only 150 of the Panamera models will be produced; all are already sold. Cadillac launched a sporty V version of their ATS sedan and there was a pretty sweet Maserati concept called the Alfieri, which, if form follows the function, will be the basis for their new GranTurismo coupe, which would make us and quite a few guys who love wearing bright red pants and dressing like an Italian pretty dang happy. Audi showed their stunning and future-luxe Prologue Concept, which gives us a glimpse into the forthcoming design language of the brand, which we wholeheartedly get behind.

Off the showroom floor, Range Rover set up a driving course at WeHo’s Pacific Design Center, where I had the chance to take an all new, top of line Range Rover on a mock off-road trail in the middle of the PDC’s plaza, which, if you think about it, is crazier than it sounds. I asked one of the Range Rover guides how the general public took to the driving and he told me having people slow down while going around the course was the hardest part. One can see, if they look close enough, that selling cars to fancy Type-A’s can have its complications.

The car that I liked the most though was a simple tool vehicle, the Jeep Renegade, a sub-20s little SUV that débuts early next year. I could image driving the little Cute ‘Ute around town and know that, for price of the sales tax on these uber-cars, I could have my own slice of fun. Would I rather have a Mulsanne Speed? Of course, but one can dare to dream small, too.