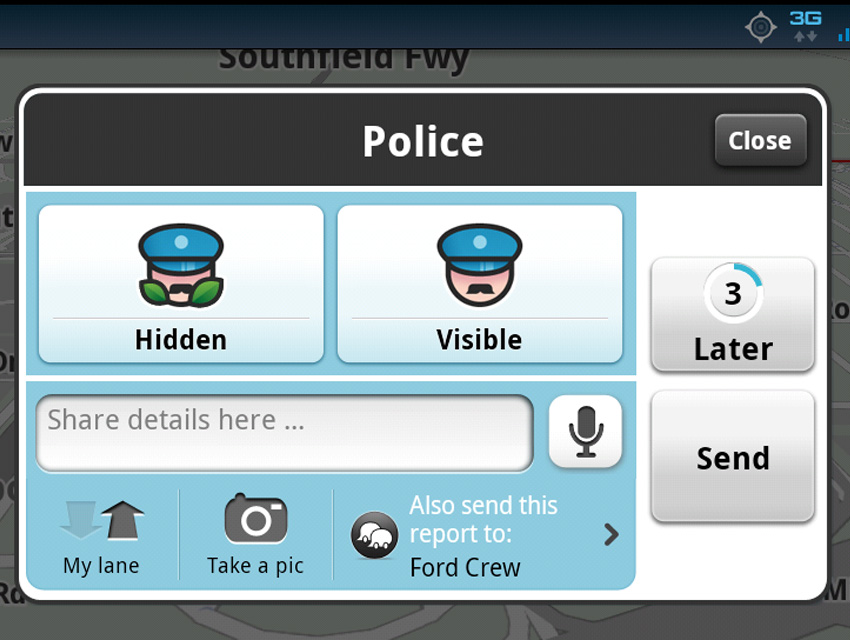 Let’s be honest: One of the most useful features of Waze, the real-time, social networking traffic app, is the warning that officers are just ’round the bend. But that aspect of Waze is also inherently dangerous, according to police, who want Google, the app’s owner, to disable it.

Two sheriffs raised the issue of Waze during a recent meeting of the National Sheriffs Association. Mike Brown of Virginia and Sergio Kopelev of southern California warned that cop killers could detect officers through Waze and ambush them like sitting ducks. Though they’re have been no recorded incidents of anti-police violence aided through Waze, some high-ranking police professionals see it as a valid threat.

“I can think of 100 ways that it could present an officer-safety issue,” Jim Pasco, the executive director of the Fraternal Order of Police, told Huffington Post. “There’s no control over who uses it. So, if you’re a criminal and you want to rob a bank, hypothetically, you use your Waze.”

Civil liberties groups, specifically the Center for Democracy and Technology, think that argument is bunk. Google, meanwhile, wouldn’t provide comment to Huffington Post, though Waze insists that they regularly communicate with police departments.

The brouhaha over Waze’s cop feature may be heightened by the recent spate of violence against officers. Whether this minor Waze controversy turns major likely depends on the tenuous relationship between the public and the police.

UPDATE: LAPD Charlie Beck is now on the case, agreeing with the sheriffs and saying the cop feature is dangerous and should be shut down.

In the War Over Waze, Will Rich Angelenos Demand Private Streets?