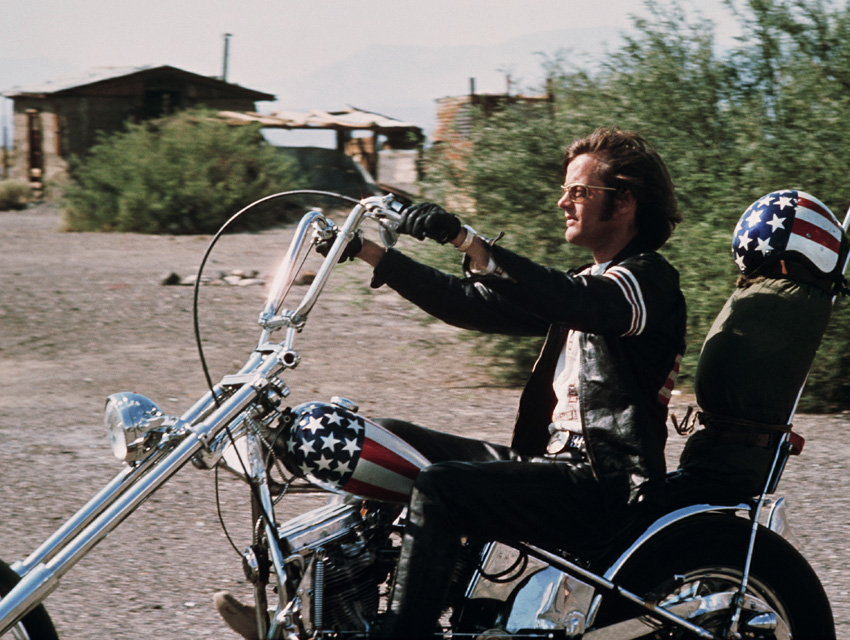 The only remaining motorcycle featured in 1969’s Easy Rider will likely fetch over $1 million (possibly up to $1.2 million) at auction next month—one of the most expensive bike purchases to ever be made.

At least four bikes were used in the making of the classic counter-culture movie, but three were stolen after filming concluded. The one on the auction block was actually wrecked in the movie’s depressing climax, but later restored by actor Dan Haggerty, who appeared in the film. The Harley-Davidson chopper with panhead engine is called Captain America; named after Peter Fonda’s Easy Rider character and painted an appropriate red-white-and-blue.

If Captain America pulls in the amount it’s expected to, it would be a half-million more than the current record-holder for most expensive bike purchased at auction: a 1915 Cyclone Board Track Racer went for for $521,000 in 2008 (a Vincent Black Shadow sold for $1.1 million three years ago in a private sale).

For years, “Captain America” lived at Iowa’s National Motorcycle Museum. Who knows where it will end up, but it would be highly ironic f it moves to the luxury garage of some Hollywood titan or Silicon Valley tycoon. The bikes, after all, represented not only freedom, but a rejection of the materialistic ideals of the mid-century. Fonda spent all of $500 for Captain America and her three sisters way back when.