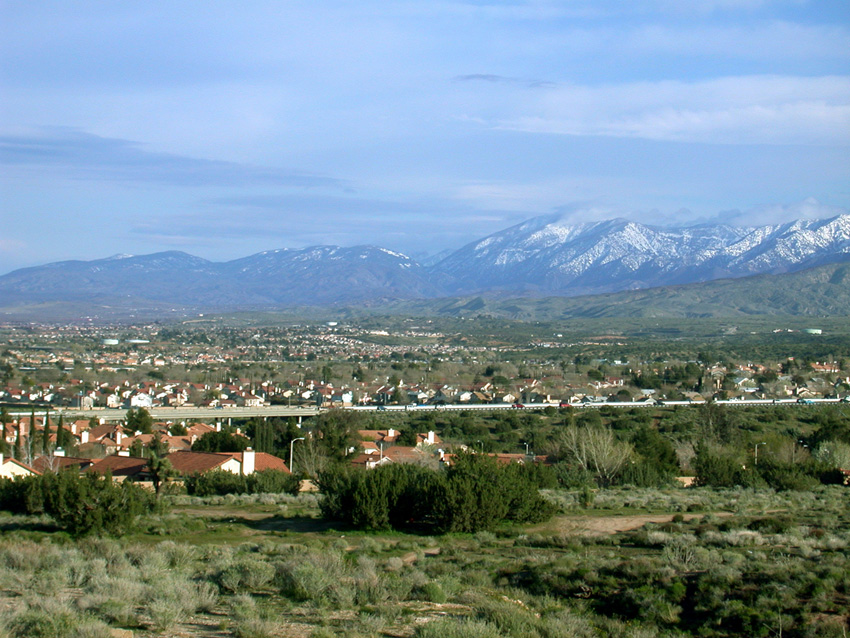 It’s rough enough getting from one end of L.A. to the other, but it’s even more painful when you’re commuting from the far reaches of the County into the city proper. This fact became even more evident with the release of a new study from the website NerdWallet, which calculated and ranked the worst commutes amongst LA’s suburbs.

NerdWallet considered four factors for their rankings, placing the most emphasis on how long the actual commutes are (55 percent of score). Second, the site looked at how many commuters in these cities drove alone to work (20 percent), and they also factored in the price of insurance in these areas(15 percent), as well as gas (10 percent). Interestingly, NerdWallet found gas prices don’t fluctuate wildly around Southern California suburbs, though insurance costs do. OK, onto the top three rankings:

1) Palmdale:
This city doesn’t spring to mind when you think of traffic nightmares, but maybe that’s because we don’t think of it too much to begin with. But average commuters in Palmdale spend over 40 minutes just getting to work every day; that’s 12 minutes longer than a typical L.A. commuter. It’s easy to forget that Palmdale is separated from Los Angeles, and all the city’s jobs, by the Angeles National Forest, requiring a circuitous journey around them. Insurance and gas is also a pretty penny.

2) West Covina:
We all know West Covina, even if we don’t live near the Eastside—everyone passes this ‘burb on the way to Palm Springs or Vegas while navigating the 10 freeway. But for people who live there, the drive to central L.A. is pretty bad. It takes nearly 33 minutes for people to get to work in L.A. from there.

3) Chino Hills
This San Bernardino County city has a high-rate of solo drivers and some pricey gas; that’s why it ranked number three, even though it takes longer to get to L.A. (over 36 minutes) than number two, West Covina.