Home Transportation Why Are More L.A. Pedestrians Getting Run Over? 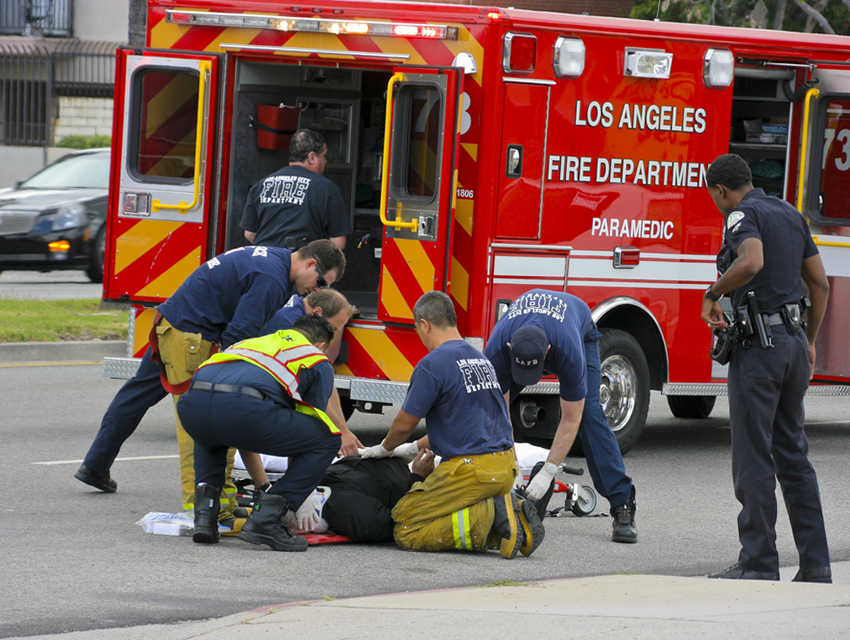 While Mayor Garcetti promotes his “Vision Zero”—which calls for an end to people killed crossing the street by 2025—pedestrian collisions are up by big numbers in the city. Crashes involving cars and walkers jumped 35 percent between 2011 and 2015, the Daily News reports.

Similar accidents rose 25 percent in the Valley during the same time and jumped as well in Long Beach during the same time period. So, what happened in those four years? The Daily News posits that there are more cars on the road now, not just because of a rise in population, which has occurred, but because the improving economy has more people hitting the road. Distraction is also a key factor—cell phones and texting are not new, but obsessively checking Waze or Google Maps for real-time traffic info is.

The police have responded to the scary jump—mostly by ticketing jaywalkers, as the Daily News points out. Many folks have decried the practice, especially in pedestrian-friendly DTLA, saying the police should also be punishing distracted and speeding drivers. The latter group of drivers is a concern because a pedestrian hit by a car going 20 mph has a good chance of surviving; double that speed and the odds of survival plummet.

As mentioned here before, the design of some of our intersections are inherently dangerous, putting cars, bikes, and walkers on a collision course. According to the DN, city officials recently discovered “that 6 percent of city streets accounted for nearly 65 percent of deaths and serious injuries to people walking and biking.”