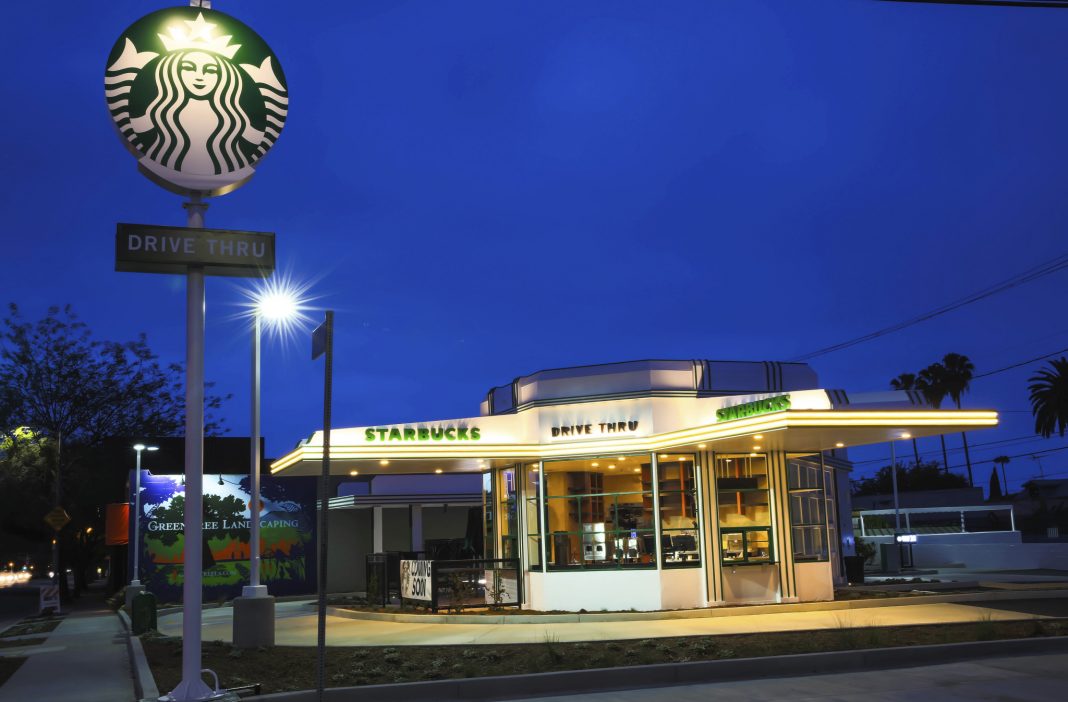 One of the most exciting adaptive reuse projects in the city has come to fruition, with the long-shuttered former Gilmore Gas Station transformed into a now-open, drive-thru Starbucks.

“The curvilinear art deco structure was built in 1935 during the early days of California’s automobile age and the Golden Era of filmmaking in Hollywood,” according to Starbucks PR. “Gilmore Oil, which was then the largest independent oil company on the West Coast, purchased the parcel from film star Wallace Beery and opened one of its ‘Red Lion’ service stations on the site. It operated as a gas station for several decades, later as a Mobil and Texaco station, until it was vacated in the 1990s.”

The Seattle coffee chain sunk an undisclosed amount of money to renovate the dilapidated service station and its distinctive Y-shaped canopies.

“The most interesting architectural features of the building are its sweeping cantilevered canopies that extend out like arms from either side of the building,” Starbucks senior store design manager Jonathan Alpert said in a statement. “When we came in, these were falling down. We made them structurally sound and now they look much like they did in their original state, 80 years ago.”

Since closing in the ’90s, the spot became a blighted eyesore, filled with trash and weeds. Now, there’s landscaping, energy-efficient lights, a walk-up window, and an outdoor patio space that allows people to sip in the sunshine.

“We have reinvigorated the corner of this community and its art deco past,” Alpert said. “Now it’s electric.”