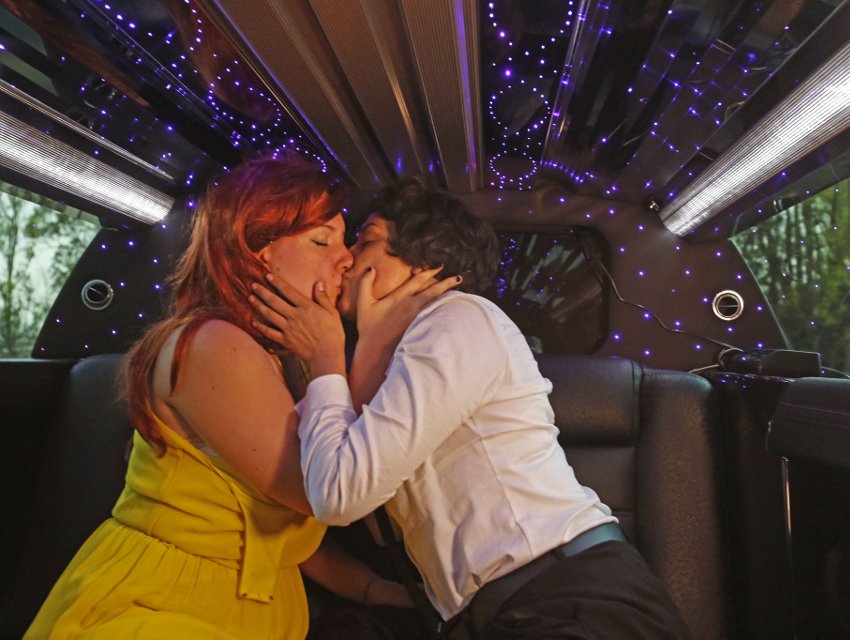 Everyone is talking about Hopscotch: A Mobile Opera for 24 Cars, an incredibly ambitious staging from local theater company The Industry and Yuval Sharon, who conceived and directed the piece.

As its name would imply, the opera takes place in and around moving vehicles, transporting audience members in limousines around Downtown and other easterly neighborhoods like Elysian Park and Boyle Heights. Three different routes offer varied experiences, each with eight cars featuring a nonsequential portion of the opera, which is an L.A. set story with a Latina protagonist. Riders hop on, hop off, ascend to the tops of buildings and hillsides to listen to the work of a dozen librettists and 150 performers. The finale takes place near Sci-ARC in the Arts District, where anyone can watch streaming videos of the live performances for free.

The novel art form—though not exactly new—has captivated Los Angeles since its first performance on Halloween. Hopscotch stages its performances on weekends, and sold out its entire run that ends on November 15—that was until they extended the performance for the following weekend. Tickets are now on sale for the November 21 and 22 performances. Unlike the traffic these performances take place in, these tickets are moving fast.

HOPSCOTCH: A mobile opera in 24 cars from The Industry on Vimeo.