Home Urban Development On the Agenda: The Future of Crenshaw Boulevard 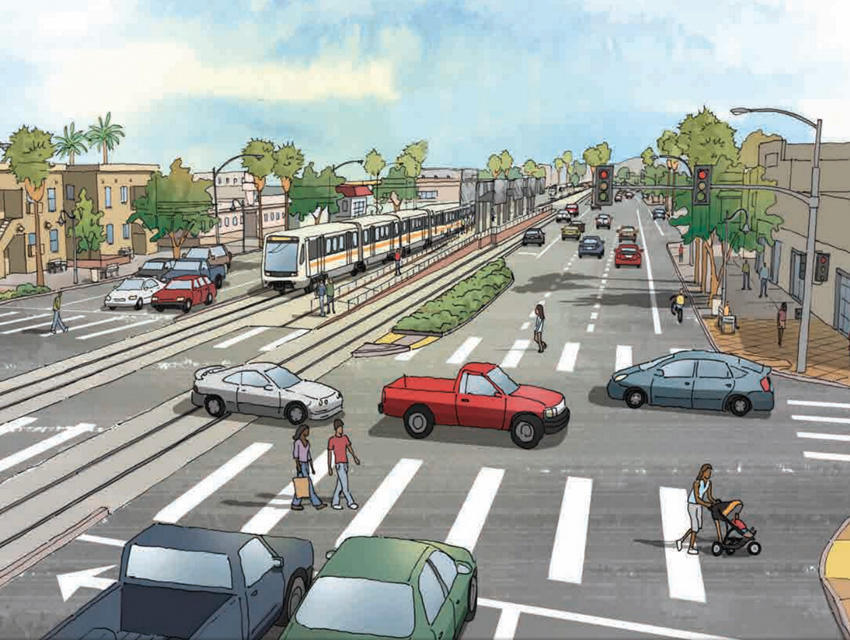 As we reported in our On the Verge feature, Crenshaw Boulevard is in the middle of a rebirth. A light rail line is being built under and over the storied street, which runs right through the heart of historic African-American Los Angeles. With the opening of the forthcoming Crenshaw Line, city officials are hoping the boulevard is much more amenable to pedestrians and cyclists, while still accommodating Crenshaw’s typically heavy car traffic. Specifically, the plan hopes to “create an environment that encourages the use of transit and active transportation, in addition to the automobile.”

The Los Angeles Department of City Planning is hosting an event tonight at the LADWP Community Room on Crenshaw for the public to discuss the Proposed Crenshaw Boulevard Streetscape Plan. The proposal looks to make over a four-mile swath of Crenshaw from 79th Street to the 10 freeway; that stretch will be home to four new rail stations in just four years, including an additional station nearby at Florence and West boulevards. In addition to sprucing up Crenshaw, the city is also hoping to add streetscape improvements near the Expo Line stations in West Los Angeles. Click here to check out what’s in store.