Home Holiday An Ode to Driving in L.A. During the Holidays 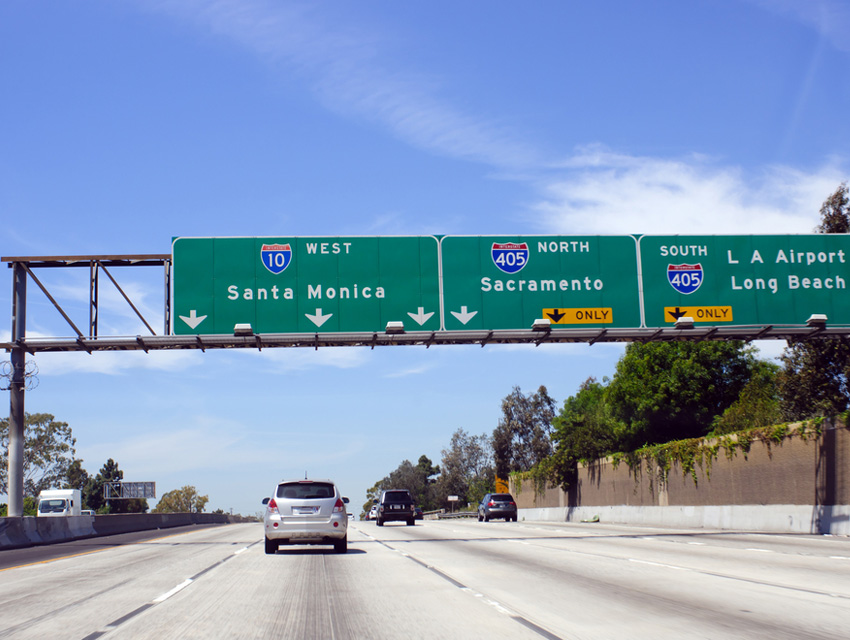 I usually feel the feeling when I’m driving to my annual “Jewish friends’ Chinese dinner” that alternates between Christmas Eve and Christmas Day. Knowing traffic will be light, I budget a half-hour to get from West L.A. to Chinatown, or 20 minutes to Genghis Cohen near West Hollywood. Instead, I fly at the speed of light, grinning at my ability to traverse the city in minutes, feeling like Joan Didion in the late 60s. I’ll arrive at the restaurant early, taking the time to wander through Chinatown’s pedestrian plazas, check out the new apartments on Fairfax Avenue, or simply stare at the fat fish swimming back and the forth in their aquariums.

It’s during these times, usually on the 10 in Baldwin Hills or while slicing through the skyscrapers that line the 110, that I remember how it can actually be a pleasure to drive to Los Angeles. Especially, when it’s 70 degrees on Christmas Day and the windows are down and the wind is rustling my hair as “Little Drummer Boy” plays on the radio.

Most people in this city, in 2014, search for apartments near work, walk as much as we can, try out the new rail lines when heading to a game or concert at Staples. Some of us are trying to be green, but most of us have sadly lost that loving feeling with driving in the city. It’s simply too crowded and difficult to get anywhere. Driving is now pragmatic, at best; a frustrating waste of time, at worst.

During this Christmas week as I head from party to party and dinner to dinner, I always remember one of those rare times of driving euphoria, which I enjoyed when I first moved here nearly 15 years ago. I was flying west on Sunset; another one of those warm winter days. The radio DJ pointed out how temperate the weather was and how those schmucks back East were suffering through snow and ice. I laughed to myself as I relished the decision to move here. Then, I turned south on La Cienega and a car slowly pulled out of a hotel garage, forcing me to slam on my breaks and pulling me almost violently from my buzz.

I’ve always found that experience very metaphorical for life in L.A. It’s beautiful and serene one moment, but the humanity insanity is always there to shake things up. Don’t get too comfortable.