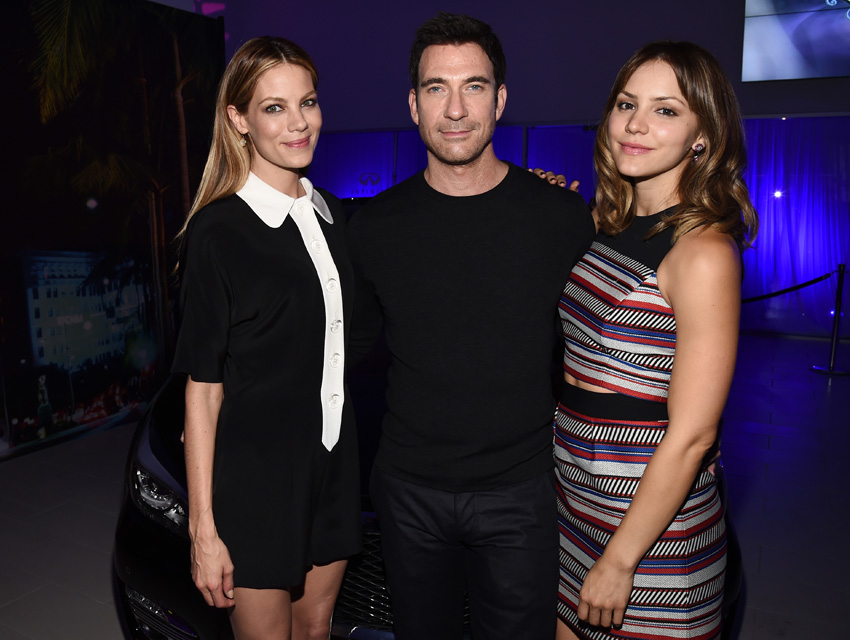 Wilshire Boulevard in Beverly Hills is not just home to staid office buildings stocked with attorneys, dentists, and people who freeze away fat; it’s where several fancy car dealerships reside, including the newest and largest. Infiniti of Beverly Hills cut the ribbon on Thursday night for its new dealership and showroom, near the intersection of Wilshire and Robertson boulevards. The event was as fabulous as you’d expect it to be, which was quite a feat considering half of Los Angeles was scared to leave their homes for fear of encountering the latest Obamajam.

Actors Dylan McDermott, Katherine McPhee, and Michelle Monaghan, and Beverly Hills vice mayor Julian Gold, all maneuvered around the closed streets—necessitated by the president’s fundraiser at Gwyneth Paltrow’s house up the street—to make it to Infiniti’s party. There was food from Animal, drinks from a mixologist, a Cuban cigar rolling station, and chocolates from Compartier. In true Beverly Hills style, there was also pomp: a DJ, an electric violinist, and a special capoeira dance performance.

Oh, and the dealership? The new 20,000 square foot facility opened earlier this year and a new “state-of-the-art” service center began operation in August on Olympic Boulevard. On promienent display at Thursday’s event was one of Infiniti’s  sleek and compact SUVs. Check out more models here.