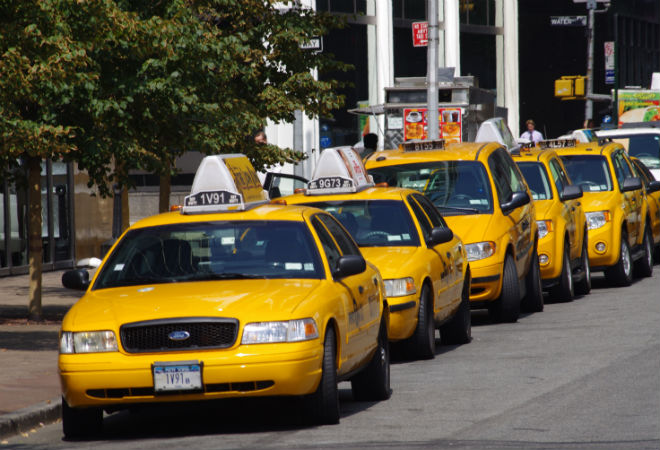 “Unregulated, Unsafe, Unacceptable, Uber.” That was the message on t-shirts worn by L.A. cabbies earlier this summer when they staged a City Hall protest against the increasingly popular ridesharing service. The taxi drivers, joined by L.A. city councilmen Paul Koretz and Gil Cedillo, said they don’t want to put Uber out of business, just level the playing field.

The cabbies claim to pay more fees than rideshare vehicles do and are held to strict requirements by the city when it comes to insurance coverage and driver history. Uber takes no liability for its drivers, saying that it’s only a third-person party that hooks cars and drivers up with people seeking rides. The taxi contingent wants the legislature to pass a bill requiring Uber and similar rideshare companies like Lyft and Sidecar to provide $1 million in insurance coverage for their drivers and force them to undergo background checks through the state’s department of justice. Such requirements would likely force Uber, Lyft, and Sidecar to increase their notoriously low prices.

Reasonable fares—along with the certainty that comes with knowing exactly when your car is arriving—are drawing many Angelenos to ridesharing services. But claims that Uber and its ilk are undercutting the taxi industry persist. That accusation gained credence with news this week that Uber is reducing prices on its economy UberX service—which features modest sedans and minivans compared to the sleek town cars of their regular service—by 20 percent in taxi-dependent New York City. They’ve already slashed UberX prices in L.A. and other big cities. (Uber is also waging pricing wars against Lyft and Sidecar, as all three fight for rideshare domination.)

The Greater New York Taxi Association fought back against Uber, releasing a statement that called the Uber price cut a bait-and-switch and claiming the fares would soon jump back to normal. The slashed prices are “more about generating publicity then building a solid product,” the group declared.

Uber insists that if the price reduction equates to many new riders they’ll stick with the new fares permanently—assuming California, New York, and other states don’t pass laws regulating their fares. Uber’s big sale doesn’t take into account its practice of “surge pricing,” which bumps up prices when demand is high. Consistent fares are certainly an advantage taxis have over rideshare services, though just trying to find a cab on New Year’s Eve—or any Saturday night for that matter—reminds anyone why companies like Uber are flourishing.