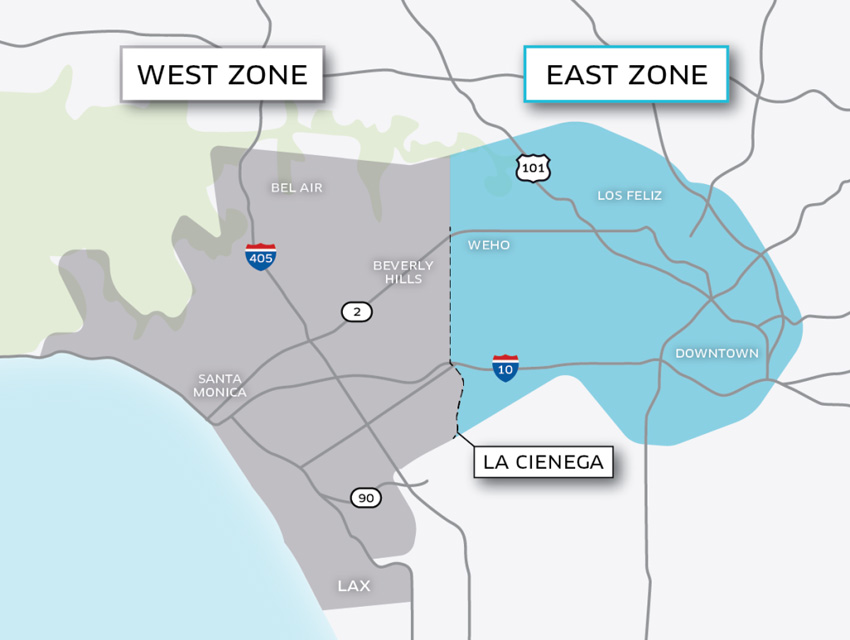 Following Lyft’s lead, Uber launched a service that includes carpooling—similar to a shared ride van that ferries people to and from LAX.

uberPOOL, as it’s called, allows riders to save money by picking up other people heading in the same direction. Two riders will be paired and each occupant has the possibility of bringing a friend, with four riders allowed to squeeze into a car.

The initial cost savings are impressive, with Uber saying a ride from Venice to Beverly Hills or Beverly Hills to LAX or West Hollywood to Silver Lake would cost a maximum of $5, with a cross-town commute from Santa Monica to DTLA running under $15. These promotional prices—meaning they’ll likely jump soon—use La Cienega Boulevard as the delineation line. For the time being, those costs would put uberPOOL in line with the reasonable cab fares that New Yorkers pay (L.A. cabs are notoriously expensive).

Uber is promoting the environmental aspect of the new service. They claim uberPOOL can take 500,000 cars off the road and will “reduce traffic, improve air quality, and transform the way we move around our city.”