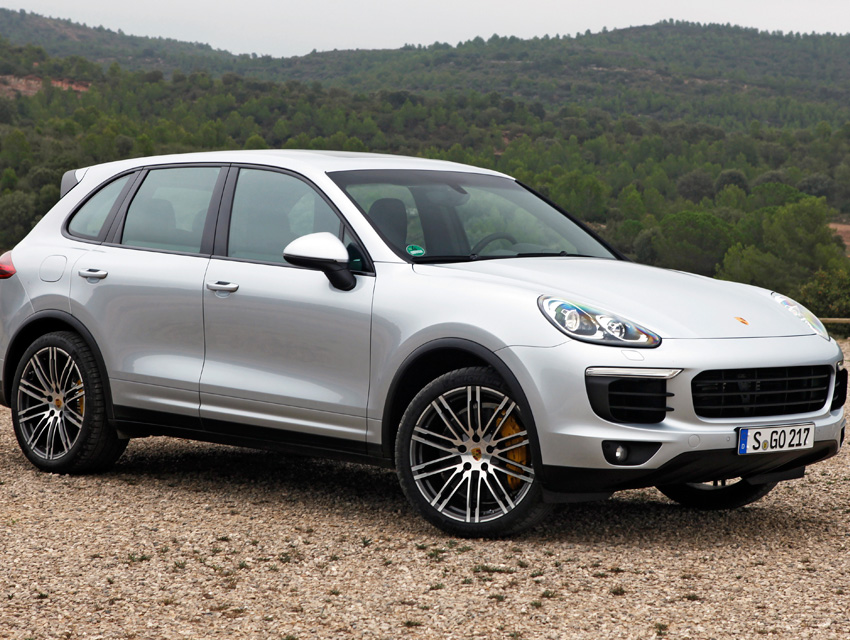 Okay, rumors of the eight-cylinder engine’s demise may be somewhat exaggerated, but the legendary powerplant certainly isn’t nearly as popular as it used to be.

The V8 mythology was cemented in the heady midcentury hot rod era, when eight-cylinder engines imprinted impressionable youth with their distinctive rumble and thunderous power. Decades since, a technological renaissance has made an endangered species out of the traditional V8, which has been gradually phased out by smaller, more efficient turbocharged alternatives. The downsizing movement is enough to beg the question: is nothing sacred, even among high-dollar, gotta-have-‘em sleds?

Well, in the case of Porsche’s newest SUV, no… but not all is lost. For starters, the Porsche Cayenne already suffered the slings and arrows of the brand’s most diehard loyalists for straying from the sports car genre with its tall silhouette and kid hauling capabilities. A good number of Porschephiles have since come around (in fact, the Cayenne now outsells all other Porsches), but the pot has been stirred yet again for another controversial car, the 2015 Cayenne S.

The new Cayenne S lobs two cylinders off the V8 and adds twin turbos by sourcing the smaller and lighter engine from the Macan crossover, managing to churn more power—20 more horsepower, to be exact—than its V8 predecessor. While some of the naturally aspirated (ie, non-turbocharged) characteristics are gone (like a muscle car-like crackling exhaust note), the twin-turbo V6 makes a compelling argument with its smooth rush of power, copious torque, and more poised handling. The shift is not unlike a song remix: You may feel nostalgic for the old ditty, but the new one manages to deliver a different-yet-familiar feeling, a freshness that changes how you view the music at its core.

Which leads us to the oft-misunderstood Cayenne, an SUV that offers a weirdly broad spread of qualities—from surprisingly dexterous offroad skills to the ability to haul serious butt on tarmac. There are few things this sport ‘ute can’t achieve, and its new turbocharged six-cylinder engine only serves to broaden its skill set. Purists may decry the disappearance of the V8 and its distinctively visceral trademarks, but those who are suckers for more power, better handling, and thriftier fuel economy, will find the future is bright, indeed.