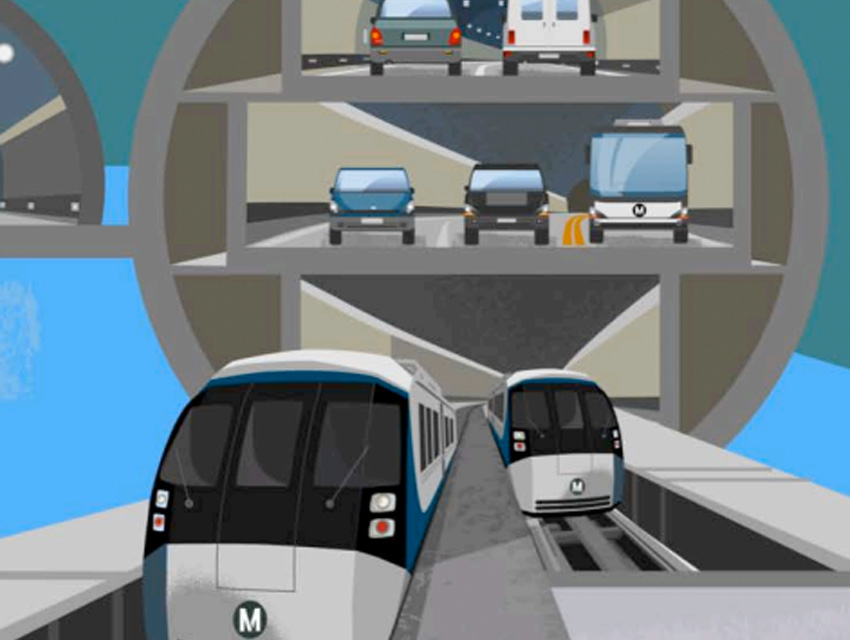 Phil Washington—formerly of Denver’s transit agency—is now in his first week as head of L.A.’s Metro. Washington was recently grilled by Move L.A., which asked him about the plans for a proposed double- or triple-level tunnel under the 405.

With a price tag of about $20 billion—Metro only has $1 billion to pay for it—the agency will need to get creative if they want it see the light of day (or not, it would be underground). Move L.A. asked Washington about public/private partnerships, where a private business builds a public amenity (say a freeway/subway tunnel) and then collects a portion of the tolls or fares that the project generates. PPPs are something Washington used to help expand transit in Denver.

“The big benefit for the public sector is that P3s allow for the acceleration of projects, because the private sector has money that is ready to be invested while the transit agency has to depend on a long, slow trickle of sales tax revenues and other funding over decades, during which time costs escalate and the full benefits of the transit build-out aren’t realized,” Washington said. “P3s allow us to build the projects now and pay for them over a longer period of time — sort of like the mortgage on a home — but of course there is a cost to borrowing the money.”

Very early plans for the Sepulveda Tunnel call for a 60-foot tunnel that could accommodate trains on one level and cars on one or possibly two levels; drivers would be charged tolls to access the tunnel. The underground route will link the Valley to the Westside, though where exactly it would connect is not clear.

Aside from the proposed P3, Metro is considering placing a half-cent sales tax increase on the 2016 ballot. If it gets approval from two-thirds of voters, it could bring in about $90 billion over 45 years.