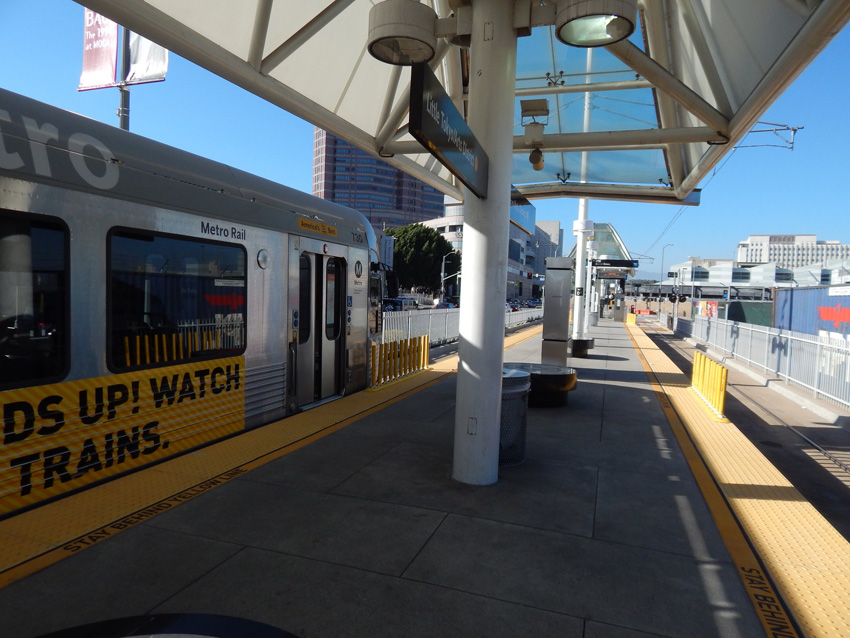 Three months ago, Metro closed down the Gold Line’s Little Tokyo/Arts District station to make way for construction of a new subway station that will eventually replace the previous, above-ground iteration. Problem is, the new station—part of a new DTLA rail line called the Regional Connector that will reduce transfers and allow direct service from Santa Monica to East L.A., and Long Beach and Azusa—won’t be ready for three years. So, it was a mild pain in the rump that this hip, hopping neighborhood lost their Metro station—thanks to the closure, when the Gold Line Foothill extension opened on March 5, commuters were unable to ride the entire length of the Gold Line.

The station finally reopened last week and transit follower James Fujita was nice enough to share his pics of the new station via his Flickr page. “The station looked about the same as it did before,” he tells us. “I always liked the design of the station. Obviously, construction is going to be messy, but they did a good job.”

With the station reopened, things are mostly back to normal in this corner of the city. We say “normal” because construction is in full swing for the fully-underground Regional Connector, which has led to some grumblings from local businesses due to traffic and parking issues. Metro is offering help to the businesses and parking specials to those who patronize area businesses during construction. When the Regional Connector opens in 2019 (or possibly 2020), the surface station will once again be torn down and riders will descend underground to catch their train.